After 19 years, Mike Scioscia stepping down as Angels manager 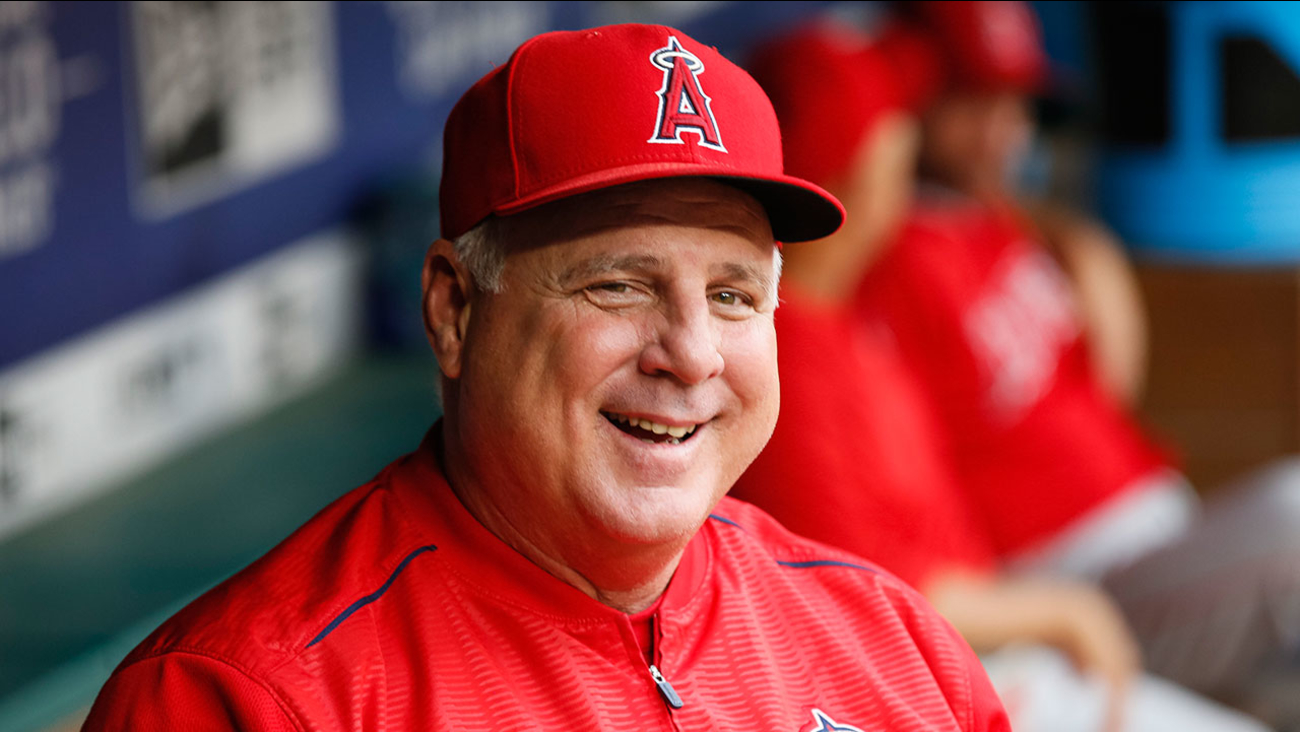 Angels manager Mike Scioscia in the dugout during a game against the Texas Rangers on Sept. 5, 2018 in Arlington, Texas. (AP Photo/Ray Carlin)

ANAHEIM, Calif. -- Mike Scioscia ended his 19-year run as Los Angeles Angels manager with a 5-4 win over the playoff-bound Oakland Athletics when Taylor Ward hit a tiebreaking, two-run homer in the ninth inning.

Scioscia, the longest-tenured manager in the major leagues, finished with a 1,650-1,428 record, including 80-82. He guided the franchise to its only World Series title in 2002.

Los Angeles missed the playoffs for the fourth straight year and recorded its third straight losing season for the first time under Scioscia, who turns 60 in November.

The A's (97-65) will face the Yankees in New York in the AL wild-card game on Wednesday.

During the game, Scioscia sat on the bench and talked with his staff, while first-base coach Alfredo Griffin stood in Scioscia's usual spot to the right of the dugout steps. Later, third-base coach Dino Ebel took Griffin's place.

With Los Angeles trailing 4-2, Shohei Otani singled off Chris Hatcher (3-3) leading off the ninth, Jefry Marte hit an RBI double and Ward followed with a drive to left-center.

Pat Bridwell (1-0) pitched the ninth for the win.

Oakland's Khris Davis went 0 for 2 with a strikeout before being replaced in the sixth. He finished with a major league-leading 48 home runs and was second with 123 RBIs.

Shohei Otani went 1 for 4 with a strikeout and finished his rookie season with a .285 average, 22 homers and 61 RBIs to go along with a 4-2 record and 3.31 ERA in 10 starts. The two-way Japanese sensation is set to have Tommy John surgery this week.