Suspect in custody after alleged trespassing incident near Beverly Hills that led to shooting, chase

Several guns were reportedly seized from the vehicle.
KABC
By Josh Haskell 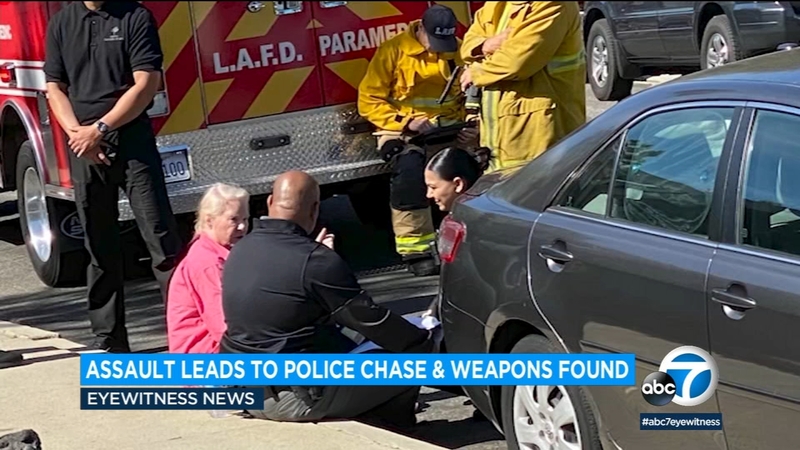 LOS ANGELES (KABC) -- A suspect who led police on a brief pursuit after an alleged trespassing incident was taken into custody Monday, and a stash of weapons were reportedly found in their car.

According to police, it all started at around 9 a.m. at a home on High Ridge Place near Beverly Hills.

The homeowner pulled up to home - which is currently under construction - and found the suspect trespassing, according to investigators.

Police say some sort of altercation ensued in which the suspect fired shots into the air. No one was shot and the homeowner, who doesn't live in the home, sustained minor injuries.

"I was asleep actually and I heard 'Bam! Bam!' twice, and I said to myself, 'That sounds like a gun,'" a resident who lives in the area told Eyewitness News.

When officers with the Los Angeles Police Department arrived, the suspect reportedly took off and led officers on a brief chase. The suspect was ultimately taken into custody near Santa Monica Boulevard and Rexford Drive. Several guns were reportedly seized from the vehicle.

As of Monday afternoon, police are still investigating the incident and are working to see if there is some sort of connection between the suspect and the homeowner.

Anyone with information on this incident is urged to contact authorities.