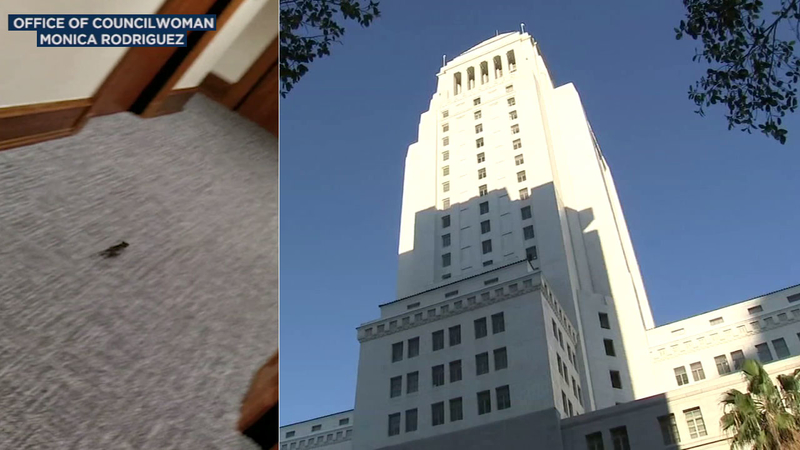 DOWNTOWN LOS ANGELES (KABC) -- Video from inside Los Angeles City Hall showed a rat running through a hallway as city leaders deal with a possible typhus problem in the building.

One of her employees said they have spotted multiple rodents in the office since last summer.

This comes as city officials consider taking out the carpets in the building after Council President Herb Wesson said a city employee may have contracted the disease while at work. He also made a motion for a review on live plants in the building, as well as a new policy for employees who keep their food out.

Health officials in October announced there was a typhus outbreak in Los Angeles County, including in downtown and Skid Row.

Typhus is a bacterial disease typically spread by fleas. Those infected fleas can be found on rats, feral cats and other wildlife.