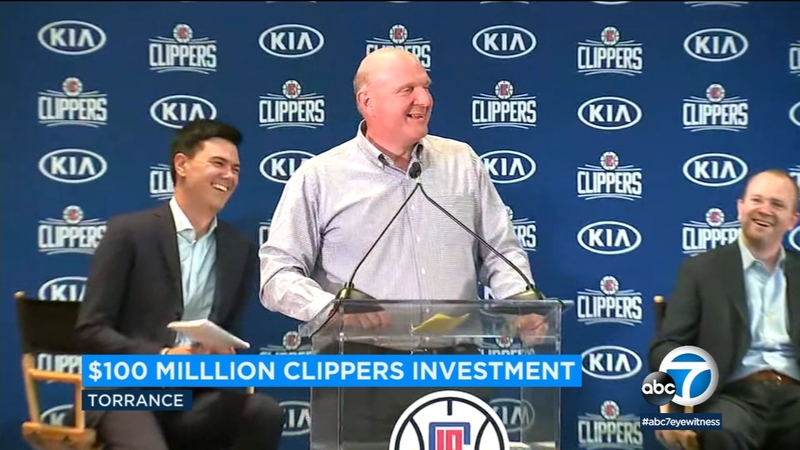 INGLEWOOD, Calif. (KABC) -- As the Los Angeles Clippers seek to build a new arena in Inglewood, team owner Steve Ballmer is announcing a $100 million investment in that city.

Ballmer announced the plan at Tuesday's meeting of the Inglewood City Council.

"We're close to a residential neighborhood and we are being very mindful," Ballmer told ESPN in July. "Investing well into the community, being a good citizen of the community. No homes need to get moved but we need to be a good neighbor."

Of the $100 million, the largest portion, $80 million, will go toward affordable housing, renters assistance and first-time homebuyers. The remaining portions will go toward school and youth programs among other community benefits.

The Clippers say it is the largest commitment of funding for community programs made in connection to a sports or entertainment venue in California.

Ballmer, the former CEO of Microsoft, bought the Clippers in 2014 for $2 billion.