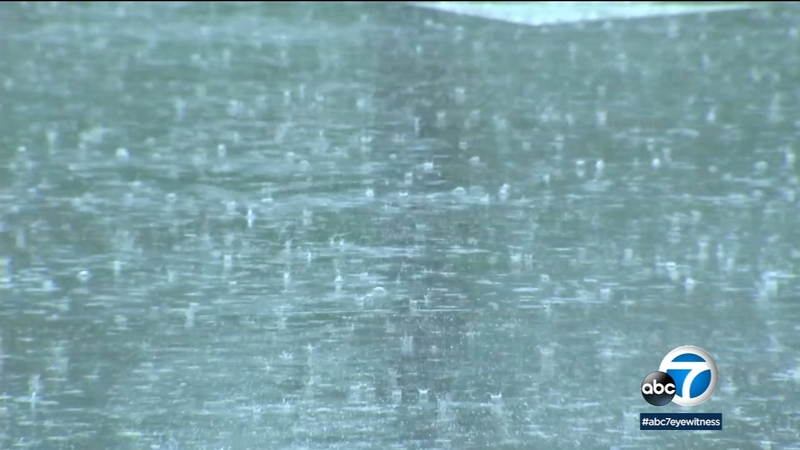 LOS ANGELES (KABC) -- All Los Angeles County beaches have reopened following a closure Tuesday due to lightning brought by a winter storm that has brought rain, snow, and hail to Southern California.

The threat of lighting passed at about 5:30 p.m. and county lifeguards were able to reopen the beaches.

Forecasters with the National Weather Service said that the changing weather conditions were thanks to a cold low-pressure system that moved into the region from Northern California following a week of summer-like heat in the Southland.

"Scattered showers are expected through tonight across Los Angeles County with low snow levels. Gusty winds will continue in many areas through tonight as well," according to the NWS. "A warming trend will develop across the region for the latter half of the work week as high pressure aloft builds in west of the state."

Hail hit certain parts of L.A. County, such as in Pasadena where roads were peppered with hail. The area surrounding the Rose Bowl looked like a winter wonderland after the heavy downpour, as the stadium was blanketed by hail.

The snow level is expected to drop to about 3,500 feet by late Tuesday afternoon. By mid-afternoon, light snow was already being reported along the Grapevine, dramatically slowing traffic in the northern reaches of the county.