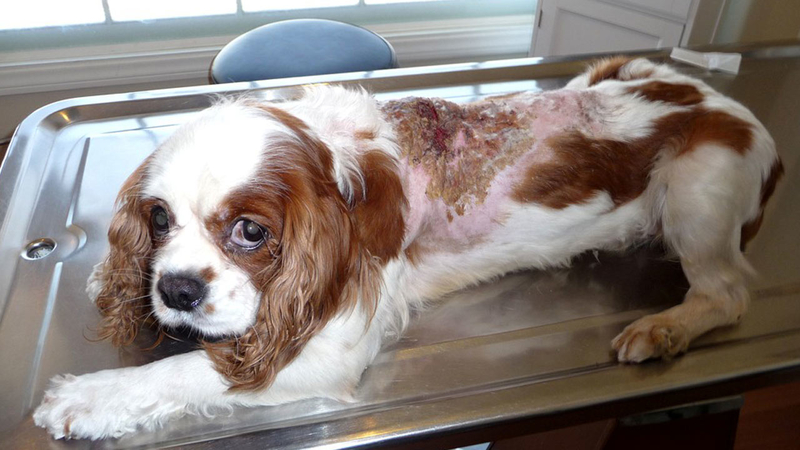 Reward increased to $25K in chemical attacks on dogs

LOS ANGELES (KABC) -- Los Angeles County Board of Supervisors is now offering a $25,000 reward for information leading to suspects connected to chemical attacks on dogs in the Antelope Valley and surrounding communities.

A golden retriever named Fergus, a Cavalier King Charles spaniel, and six pit bulls were found suffering burn injuries on their backs from a corrosive material. Two of the dogs were euthanized because of the severity of their injuries.

The dogs were found in various areas around the Antelope Valley, including Lancaster and Palmdale, as well as Rosamond in Kern County. The Cavalier King Charles spaniel was found with the injuries in June 2012. According to an animal hospital official, the attacks have been going on for at least three years.

Supervisor Michael D. Antonovich asked for the increase as a way to encourage the public to come forward with information that can help "identify, apprehend and prosecute those responsible for these depraved acts of cruelty."

Investigators have not been able to determine if the burn injuries the dogs sustained were intentional or done by some other cause. They continue to work with animal care professionals and chemical experts to determine the origin of the burns as well as find the culprits in the attacks.