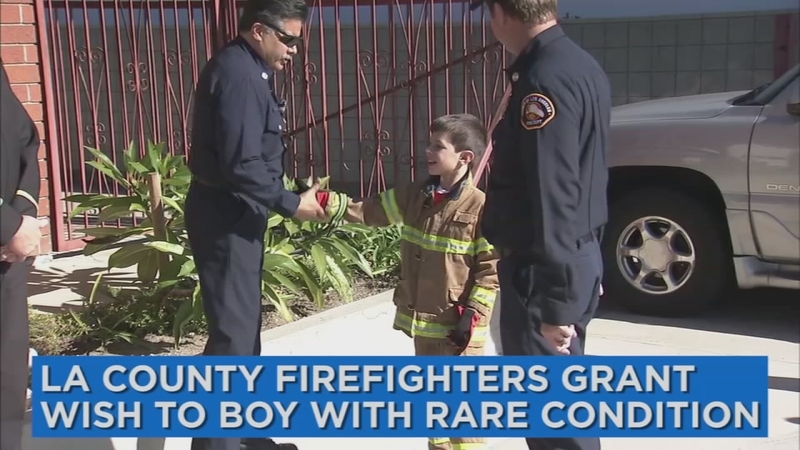 Calvin Grisham suffers from neurofibromatosis, a condition that causes tumors in the brain and spinal cord.

"I've been wanting to be a firefighter my whole life," Calvin said.

One of Calvin's favorite TV shows is the 1970s classic "Emergency!"

"When he started getting into fire trucks, we got him onto Netflix and showed him the show mommy used to watch and now he's addicted just like I am," Elizabeth Grisham, Calvin's mother said.

The Grishams, who live in Northern California, traveled all the way to Carson to visit Fire Station 127, where "Emergency!" was filmed.

"The show went into a lot of detail and that transfers into the station. This station really hasn't change since the show was shot. Part of it was shot here and another portion was shot at Universal Studios so they've tried to keep it as original as they can through the years," Capt. Christopher Rascon with the Los Angeles County Fire Department explained.