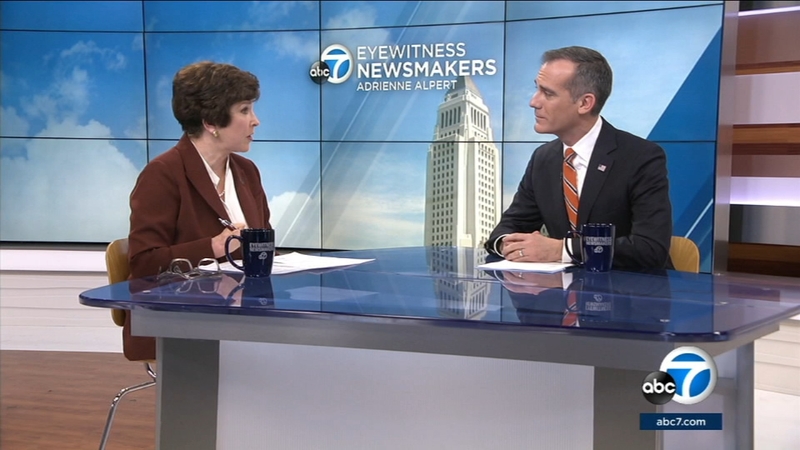 LOS ANGELES (KABC) -- Los Angeles Mayor Eric Garcetti said he'll decide whether to launch a run for the White House in the first quarter of the new year, but either way, his campaigning outside of California helped win congressional seats and restored some balance in Washington.

Speaking on Eyewitness Newsmakers, Garcetti responded to reports he was out of the state a third of the time.

He said a lot of that time was spent in Washington, D.C., securing an additional $100 million for the Metro Purple Line, and in Sacramento, getting $85 million for the state's homeless housing.

The mayor made a pitch for the 8,000 volunteers needed for the Greater Los Angeles Homeless Count.

The annual homeless survey will be conducted January 22 to 24. The county's homeless population of 55,000 decreased slightly last year.

Garcetti said he's optimistic the number will go down again. Click here to learn more about the homeless count.

The mayor also took the opportunity to pitch for Covered California's open enrollment period. The federal government has cut funding to advertise The Affordable Care Act, and officials are speaking out to remind citizens enrollment is open through January 15.