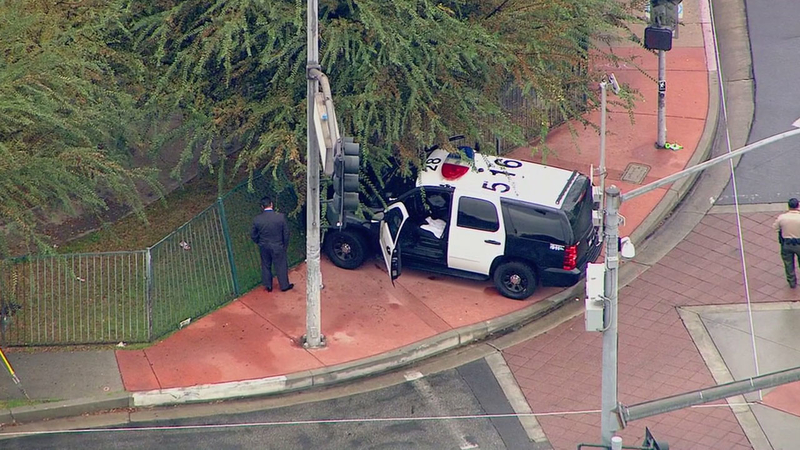 Around 5:30 a.m., authorities rushed the sergeant to St. Francis Medical Center after a citizen reported seeing the deputy slumped over and unresponsive in his patrol car. The sergeant was found in his car on Wilmington Avenue and Myrrh Street, not far from the Compton Station.

The department identified the deputy as Sgt. Al Lopez, 47.

Authorities said the sergeant had left the station to provide help in a stolen vehicle chase, but it was called off shortly because of the weather before he left the parking lot.

It is with heavy hearts we announce the loss of one of our own, 26 year veteran, @ComptonLASD Sergeant. #LASD pic.twitter.com/PdLrBRBGMA

Lopez still drove his vehicle out of the parking lot, headed a block down the street and that's where his vehicle was found crashed into a fence.

The sergeant, a 27-year veteran, was initially listed in critical condition, but when he arrived at the hospital he was pronounced dead.

Sheriff Jim McDonnell said Lopez was a great sergeant and person. He added that it was another tragedy for the sheriff's department.

Authorities said an autopsy would be conducted to determine Lopez's cause of death.

Lopez is survived by his wife and children. He spent many years with the department in the special victims unit on child sexual assault cases and had been transferred to the Compton station a year ago.