LASD says you have 3 options during an active shooter: Run, hide or fight 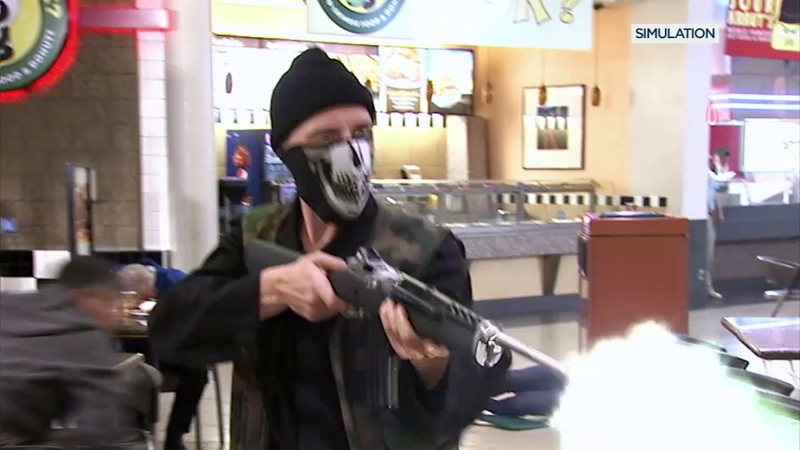 LOS ANGELES (KABC) -- It's almost impossible to imagine the paralyzing fear of being in the middle of an active shooter scenario.

But if the situation were ever to present itself, the Los Angeles County Sheriff's Department has created a video to help you prepare for such a scenario.

Warning: This video contains graphic content. Tap to view if on News app.


"You don't want to freeze. You want to be in a position where you've thought about this and you know what you are going to do," Los Angeles County Sheriff Jim McDonnell said.

"This is something that you know shocks the conscience. And that you want to be able to have internalized that beforehand so you are ready for that so when it does happen automatically you know what your three options are and that you start to exercise those," McDonnell said.

Sgt. Harry Drucker with the sheriff's department produced the video and said the scenarios are based on or inspired by true events.

"When they do occur, there is blood. There is violence and we don't want to sugarcoat any of that," Drucker said.

The sheriff's department said you have three options during an active shooter situation: Run, hide or fight.

"Get out of there if you possibly can at all. If you have to hide in order to protect yourself then do that. And then, worst case scenario, you have to fight. You just can't sit there and be a victim," McDonnell said.

The nine minute video gives tips on what to think about before and during the attack.

"When you go into a mall, when you go into a store, a theater or anywhere, know where the exits are. Have a plan so if something were to happen on this side you know you're going out on that side. Always think two steps ahead," McDonnell said.

For more information about the video and resources to prepare for an active shooter scenario, visit activeshooter.lasd.org.