City of LA now offering COVID-19 vaccines to people 16 and over; county to wait until Thursday 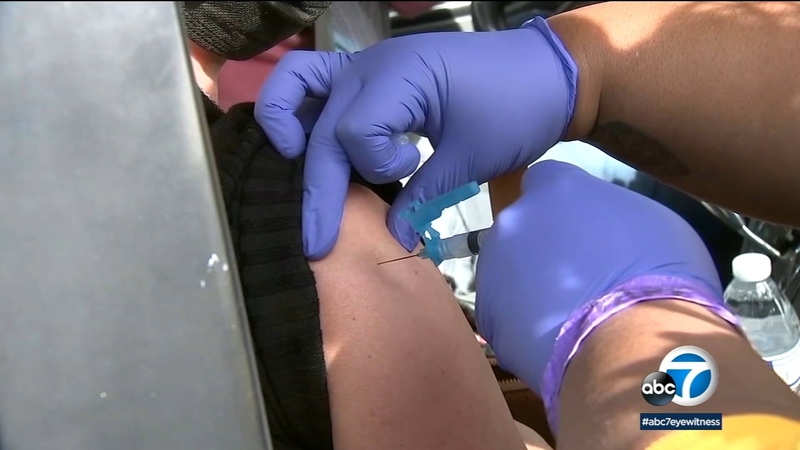 LOS ANGELES (KABC) -- COVID-19 vaccination sites run by the city of Los Angeles on Tuesday began giving out shots to people 16 and older.

"Opening vaccine eligibility to all Angelenos who are 16 and older is a major milestone in our efforts to get more shots into more arms and defeat COVID-19 once and for all,'' Mayor Eric Garcetti said Sunday in announcing the change at city-run sites.

Appointments for the vaccines at city sites can be made online. Although the sites are operated by the city, they are open to any Los Angeles County resident.

Those city sites now include the vaccination center at Cal State Los Angeles, which until Sunday was being operated by a partnership between the Federal Emergency Management Agency and the Governor's Office of Emergency Services. That federal partnership, which was an eight-week pilot program, ended Sunday, and the city agreed to take over operation of the site to ensure continued access to vaccines in the area.

The city of L.A. opened its vaccine eligibility to the younger age group a few days before California was set to officially expand it on April 15. County-run sites will wait until Thursday, when the state formally lowers the eligibility age.

People aged 16 and 17 can only receive the Pfizer shot because it's the only one approved for people that young.

This comes as the city and county announced Tuesday that they will pause the use of the Johnson & Johnson vaccine after the FDA and CDC recommended that in light of reports of potentially dangerous blood clots.