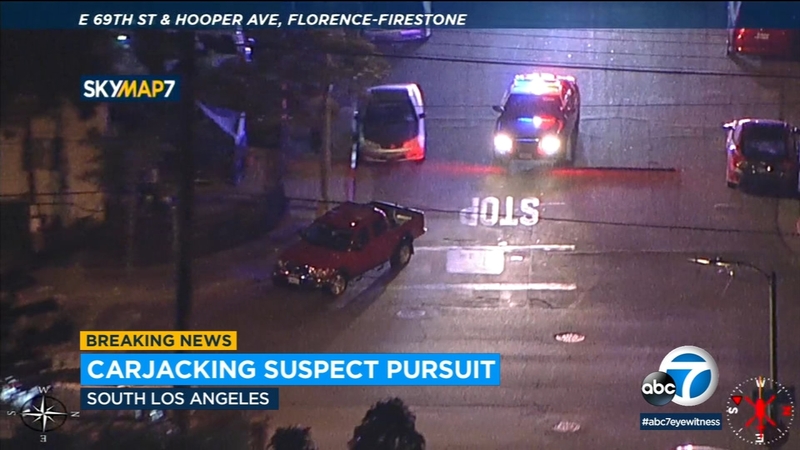 SOUTH LOS ANGELES (KABC) -- A carjacking suspect hit what appeared to be a dog during a wild pursuit Wednesday night that ended in South Los Angeles.

Deputies with the Los Angeles County Sheriff's Department began chasing the suspect at around 9 p.m. He was driving what authorities say was a stolen pickup truck.

After an unsuccessful spike strip deployment by deputies, the driver continued and struck what appeared to be a dog near 70th Street between South Central and Hooper avenues.

A suspect who hit a dog during a dangerous chase in South L.A. was tackled by deputies and taken into custody.

Shortly after, the suspect stopped near 69th Street in the Florence-Graham area and fled on foot.

He was tackled by deputies near a home where he was taken into custody shortly after.

The condition of the dog is unknown.

No further details were immediately made available.