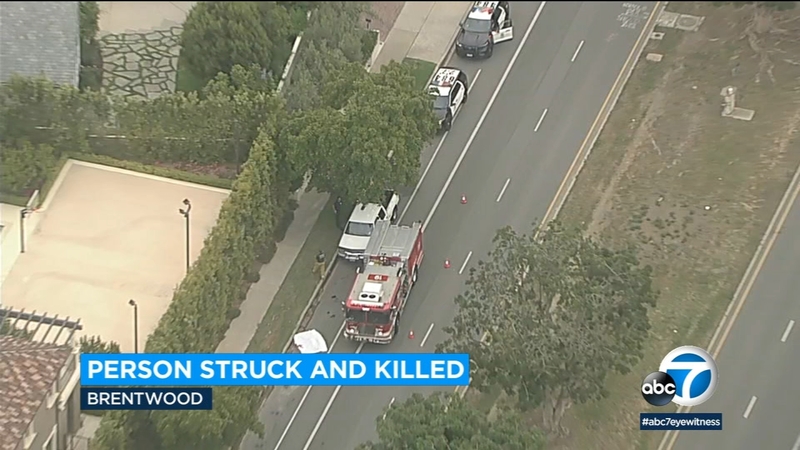 Man hit, killed by passing vehicle after parking own car in Brentwood

BRENTWOOD, LOS ANGELES (KABC) -- A police investigation is underway after a man was struck and killed by a vehicle Monday morning in Brentwood.

Paramedics responded to the 12800 block of West San Vicente Boulevard at about 6:50 a.m., and pronounced the person dead at the scene, the Los Angeles Fire Department reported.

Police say the victim was in his 30s. They say he had just parked his car on the side of the road when he was struck by another vehicle.

The driver stayed at the scene and it was not considered a hit-and-run.

Information on the victim's identity was not immediately available.

The goal is to prevent deadly accidents and injuries, but some residents believe there could be other solutions to the problem.

The circumstances of the crash are under investigation.