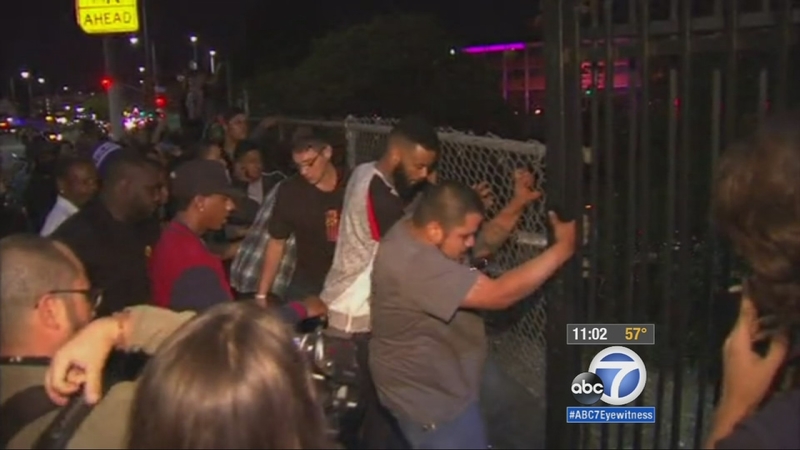 Just after 9 p.m., protesters spilled into lanes of the 101 Freeway at Grand Avenue and blocked traffic in both directions using barricades and debris collected from surface streets. No injuries were reported, but two women were handcuffed and detained.

Police quickly corralled those on the freeway. Other protesters congregated on the Grand Avenue overpass before officers forced them across the bridge.

The protesters had broken away from a larger group of hundreds who had marched through city streets and to Los Angeles Police Department headquarters. 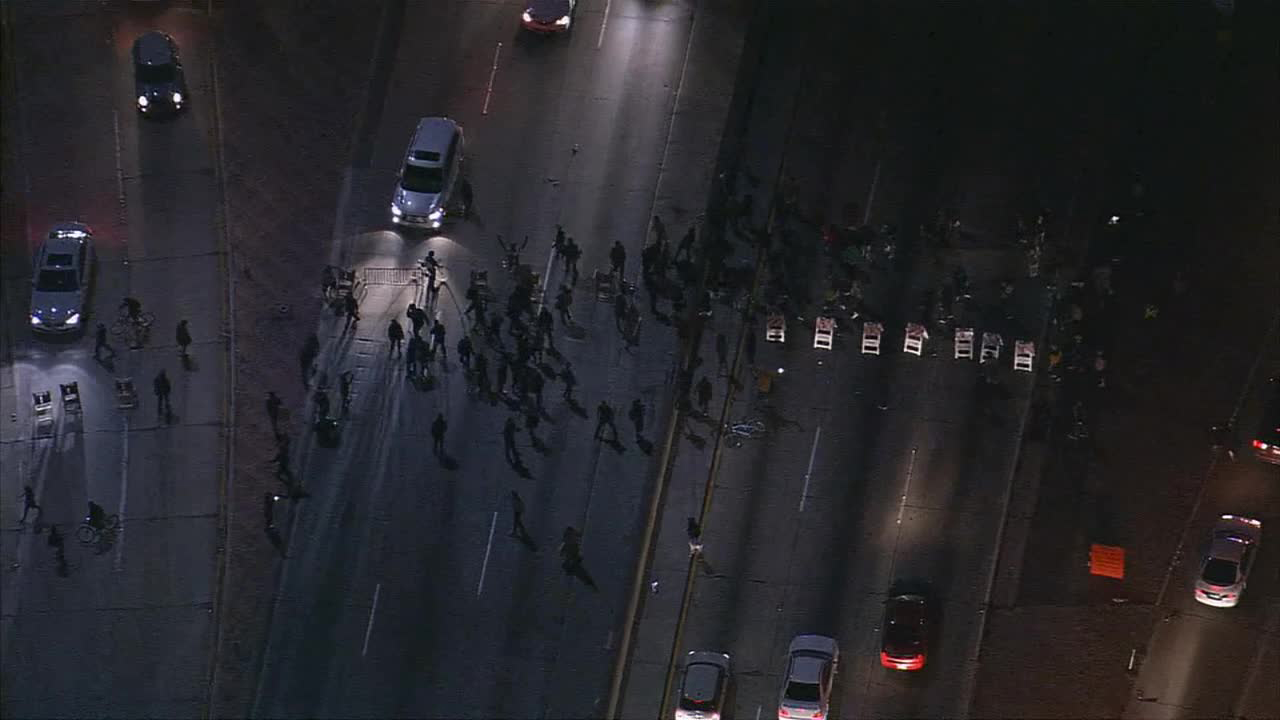 Shortly before 7 p.m., a crowd of about 300 was moving northbound on Figueroa Street toward Pico Boulevard. By 8 p.m., large crowds had gathered in front of the LAPD Administration Building at 100 West 1st Street.

At one point, protesters could be seen surrounding a police car and jumping on top of it.

One police officer was injured after he was struck in the head with a frozen water bottle.

Monday night, protesters filled the streets in downtown L.A. and even blocked the 110 Freeway.

During a Tuesday news conference, LAPD Chief Charlie Beck thanked the majority of demonstrators who did not break the law.

"We want to make sure everybody knows that we absolutely support the First Amendment, we support people's right to assemble and to lawfully speak out on issues that are a great concern to them," Beck said. "We cannot support and we will not allow people to use their rights to trample on the rights of others."

The LAPD had initially lifted its first tactical alert overnight, and said three people were arrested in the downtown protests for public intoxication, failure to disperse and attacking an officer. 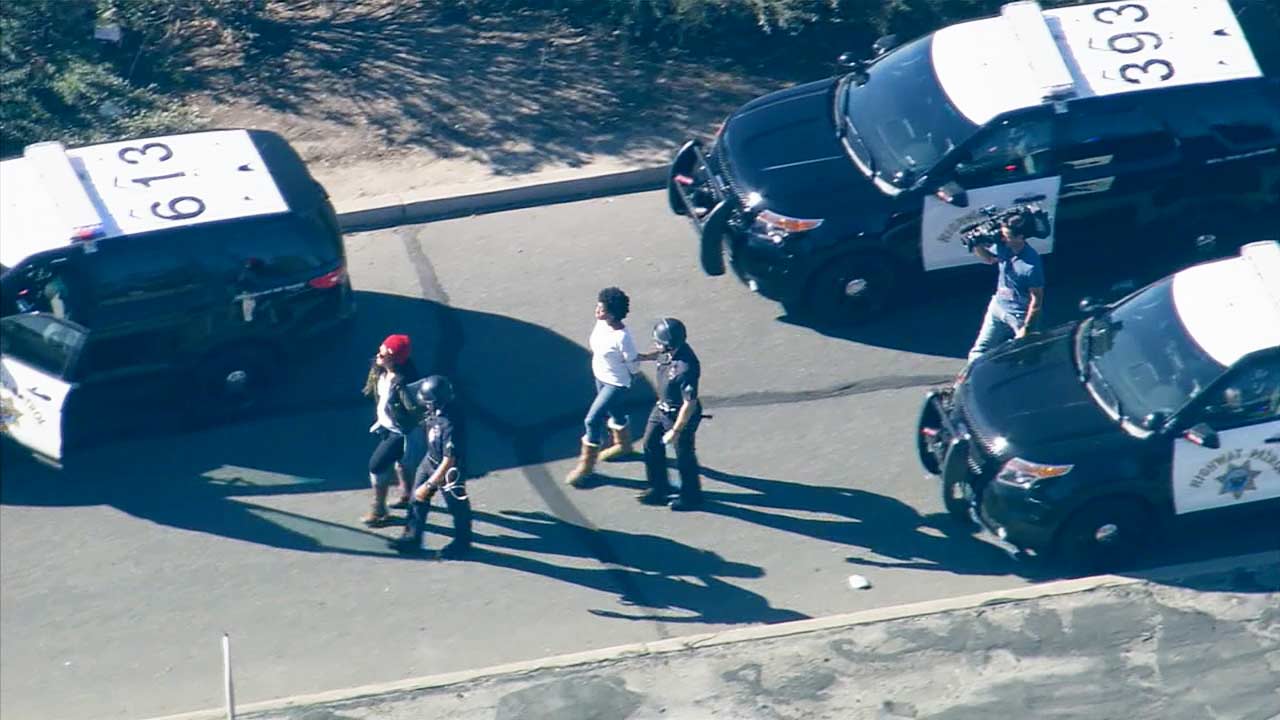 However, Beck said demonstrations on the freeways will no longer be tolerated for safety reasons.