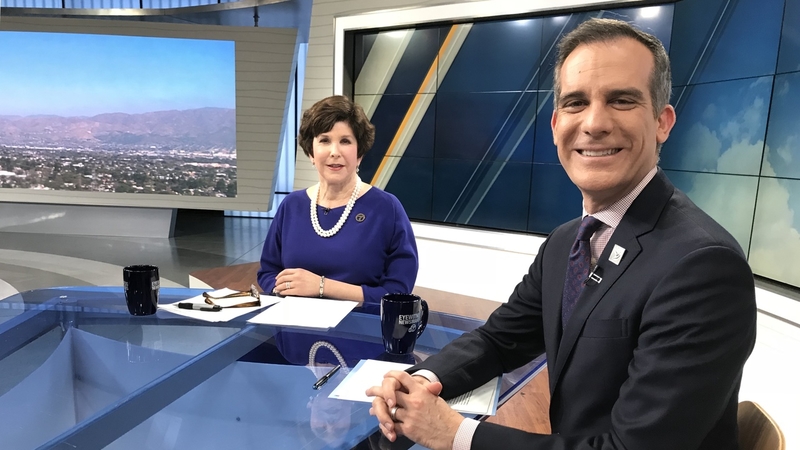 Speaking on Ask the Mayor, he said he wants to sit with the police and fire unions to discuss reported abuses of the Deferred Retirement Option Plan, the city's pre-retirement program, also referred to as "DROP."

To keep experienced personnel for five additional years, they can collect salary and a pension savings, almost doubling their salary. Reports that nearly half took sick leave, costing millions of dollars, has city officials calling for an investigation. The mayor said the plan still has merit and a fraud investigation was underway before suspected DROP abuses were reported.

The mayor responded to complaints about the new RecycleLA program and its dramatic fee increases. He said everything is on the table, including new contracts for trash haulers.

The numbers won't be in for a few months for the 2018 L.A. homeless count, but Garcetti expects it will show there are more homeless on the streets. He said the city will break ground on 10 homeless projects this year. Garcetti called on the state to help out by using some of California's $6 billion surplus. If the homeless crisis isn't an emergency, Garcetti said, "I don't know what is."

Garcetti said the city is hiring 1,000 outreach social workers and mental health professionals who will try to get people off the streets. They are attempting to repurpose city parking lots for housing, an idea not entirely welcomed by neighborhoods.