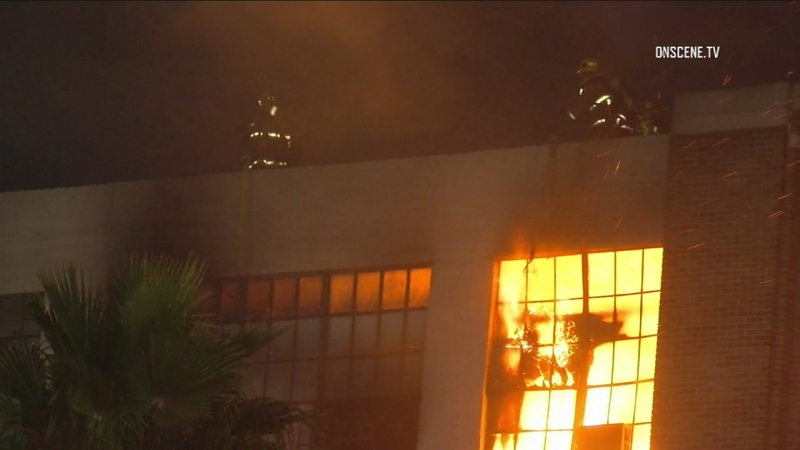 No one was injured in the blaze, which was reported shortly before 1:30 a.m. at a textile business near the intersection of San Pedro Street and Washington Boulevard, according to the Los Angeles Fire Department.

The structure was unoccupied at the time of the incident, fire officials said, adding that firefighters initially had some difficulty establishing a water source.

"This is a heavily reinforced building," said LAFD Battalion Chief Mark Curry, "and our typical operation of getting drop bags into operation -- that's where we throw ropes down to the street and pull hose lines up onto the fire floor -- wasn't going to work for this fire.

"So it took a lot of manpower to get hose lines from the street level up to that fire," Curry said.

Fire crews were also unable to ventilate the roof, which is made of concrete. The flames were nonetheless extinguished within about ten minutes.