Chargers, Rams reveal the name of their new home in Inglewood: SoFi Stadium 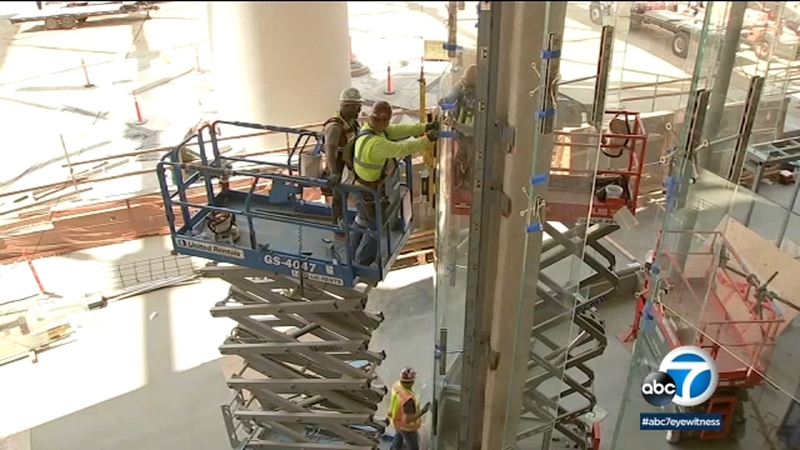 INGLEWOOD, Calif. (KABC) -- The Chargers' and Rams' new home in Inglewood will be named SoFi Stadium, the teams and the digital personal finance company announced Sunday after agreeing to a 20-year deal.

"We're thrilled to be introducing SoFi Stadium to the world, through our partnership with Hollywood Park," SoFi CEO Anthony Noto said in a statement.

The new facility, scheduled to open in the summer of 2020, is set to be the centerpiece of the $5 billion Hollywood Park project.

Located on South Prairie Avenue, between West Manchester and West Century boulevards, the stadium will boast a seating capacity of about 70,000, expandable up to 100,000, with 260 luxury suites, more than 13,000 premium seats and over 3 million square feet of usable space.

Get ready to experience the extraordinary. pic.twitter.com/wlUcnYyczv

"It would be impossible to build a stadium and entertainment district of this magnitude without incredible and innovative partners who share our ambitions for Los Angeles, our fans worldwide and the National Football League," Kroenke said.