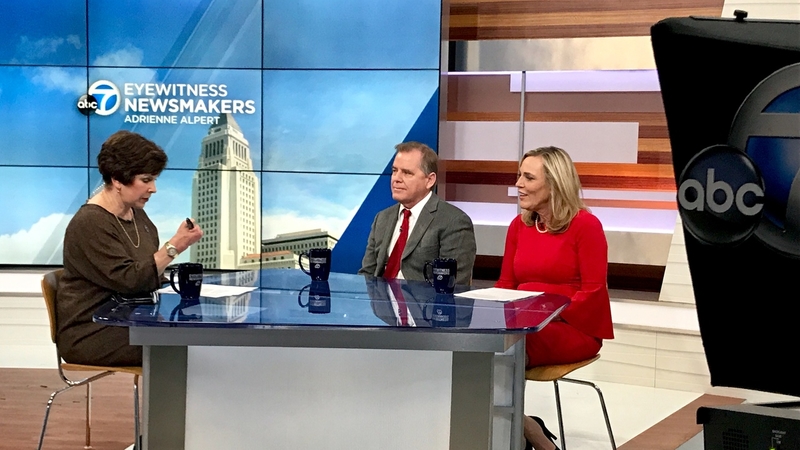 LOS ANGELES (KABC) -- Volunteers are being recruited for the next Los Angeles homeless count, and many believe a recent study that says the current count is inaccurate; it's too low. And that number of 58,000 is a 23 percent increase over last year.

The supervisor is focusing on mental health among the homeless, a critical issue for at least a third of the population. She pointed out voter-approved Measure H tax money will raise $300 million a year for only 10 years, and if there is no improvement on the streets by then, the supervisor said voters will think it was a failure.

Barger wants the state to expand the definition of mental illness for those who are critically ill so they can be brought in to a shelter even if it is involuntary.

Union Rescue Mission is LA's oldest and one of the nation's largest. It is one of only two shelters on Skid Row admitting women. The population of homeless women has grown so quickly, URM is opening a heated tent for 240 women with bathroom facilities. Rev. Bales said they cannot turn women away. In addition, they are building a new wing for families.