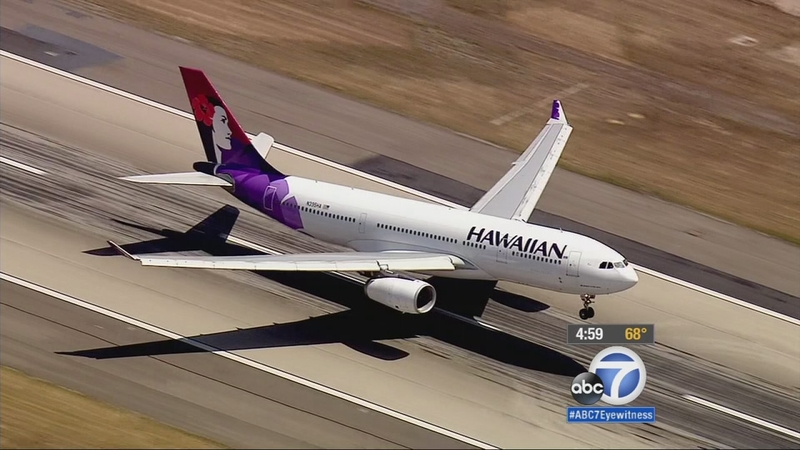 LOS ANGELES (KABC) -- A Hawaiian Airlines plane headed to Honolulu turned around and made an emergency landing due to a mechanical issue at the Los Angeles International Airport Monday.

The flight was originally scheduled to depart from LAX shortly after 10 a.m., but a fuel leak delayed the flight by two hours. When the aircraft was flying over the Channel Islands not long after takeoff, an indicator light came on in the cockpit.

The captain of the flight chose to head back to LAX as a precaution. Hawaiian Air 3 turned around and landed safely at the airport.
Maintenance crews checked the plane to find out why the light came on.

According to representatives from the airline, the light indicated an open fuel jettison valve, which is part of the fuel-dumping system in the plane's engine.

Passengers of the flight were told they could take the same plane to Honolulu around 4 p.m.