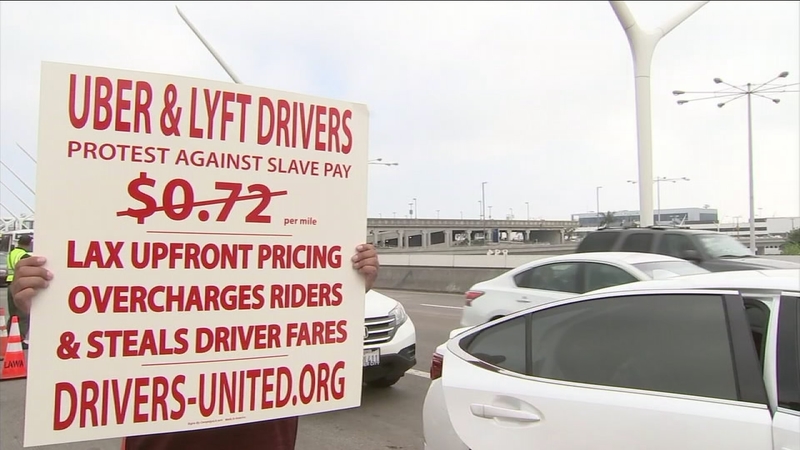 LOS ANGELES (KABC) -- During one of the busiest travel days of the year, a group of Lyft and Uber drivers staged a protest demanding higher wages on Sunday outside of Los Angeles International Airport.

As many as 239,000 people were expected to pass through LAX and nearly 123,000 vehicles picked up or dropped off passengers.

Drivers said they often wait in traffic to pick up airport passengers, who only go a few miles, which makes the short trip not worth the wait. Uber told Eyewitness News it will pay drivers a $10 minimum fare when picking up LAX passengers and is working to make meaningful changes.

But drivers, who staged the protest near Terminal 1, said drivers in San Diego and San Francisco make more per mile and per minute.