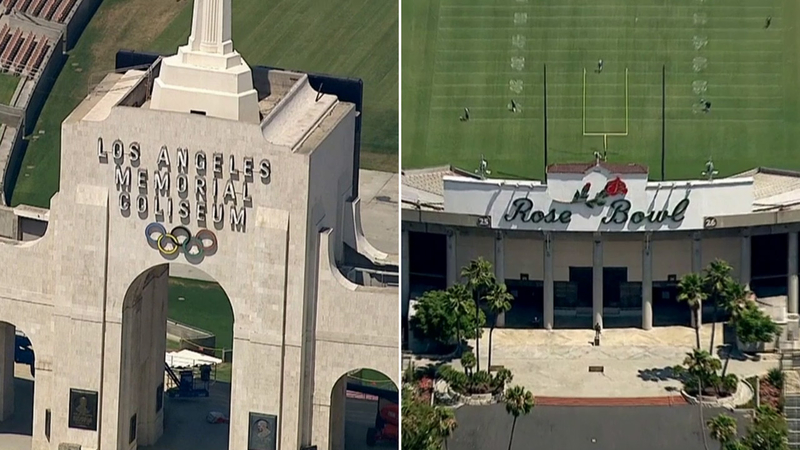 PASADENA, Calif. (KABC) -- An NFL football team may be coming to Los Angeles even before a new stadium is built.

The NFL confirmed Friday that it is sending a proposal to several stadiums in Southern California that could be used temporarily if a team decides to relocate. The proposal could include NFL games to begin in the 2016 season.

"It's further evidence that football is finally going to come to Los Angeles and the NFL is serious about doing that. Having temporary venues -- whether it be the great historic Rose Bowl or the Coliseum -- would both be wonderful places as we look for a permanent home," Los Angeles Mayor Eric Garcetti said.

The Coliseum is already the home of USC Football and the Rose Bowl hosts UCLA and other numerous events through the year.

Los Angeles has been without a professional football team since 1995, when the Raiders and the Rams moved away.

The owner of the St. Louis Rams recently bought land in Inglewood and is moving forward with plans to build a stadium there. The Oakland Raiders and the San Diego Chargers are considering building a stadium together in the city of Carson.