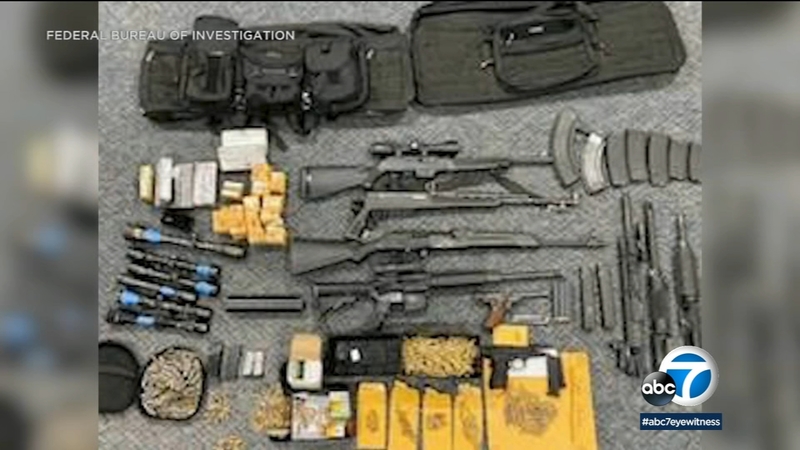 The investigation was begun by Anaheim police in July 2019 in a crackdown on a local gang there known as the Brownwood street gang, according to FBI officials.

A confidential informant worked undercover buying drugs and guns from several of the defendants in the case, the FBI said.

From July 2019 through August 2020 the undercover buys produced about 759 grams of methamphetamine and 23 guns, the FBI said.

The crackdown on the gang with a reach through the San Fernando Valley authorities seized 22 weapons as multiple suspects were charged with drugs and gun violations.

The FBI also announced at Wednesday's news conference in Orange that over the past six months 180 guns have been seized, 37 of which were homemade "ghost guns," virtually untraceable weapons that can be made at home using legally purchased parts to complete the 80% already assembled.