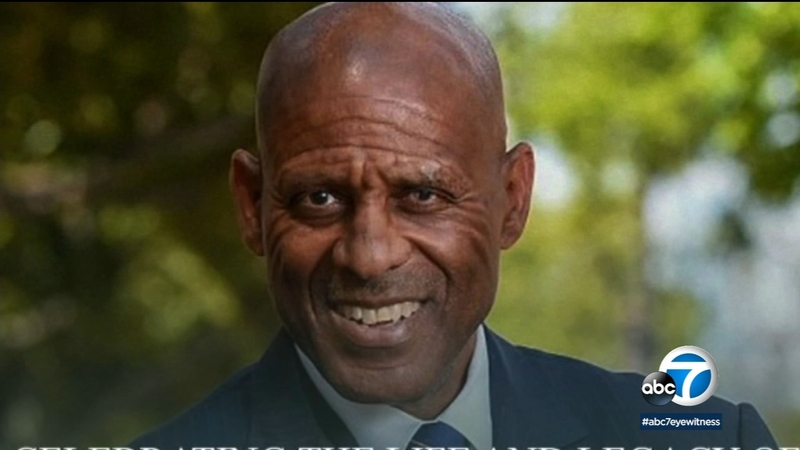 LOS ANGELES (KABC) -- An emotional farewell was held Tuesday for a man who was a giant in the Los Angeles Police Department.

Earl Paysinger served as assistant chief for the LAPD for 41 years. Those who knew him said he had a tireless work ethic and he cared deeply about the community.

"Every so often you find a man or a woman who radiates something and anybody who ever met Earl, whether it was one time or had a career as so many of us had alongside him, saw that radiance" said Los Angeles Mayor Eric Garcetti.

"If you look around you, even in his passing my father still manages to unite the city of Los Angeles," said his son Steven Paysinger.

Paysinger retired from the LAPD in 2016 and went to work for the University of Southern California. He was diagnosed with cancer but kept it private.

"We had no idea of this fight and struggle that he was in....it is classic Paysinger, a man who believed not only in himself but in his God and in the power of taking on any challenge," said LAPD Chief Michel Moore.
Report a correction or typo
Related topics:
societylos angeleslos angeles countylos angeles police departmentpolice chieflapd
Copyright © 2021 KABC-TV. All Rights Reserved.
More Videos
From CNN Newsource affiliates
TOP STORIES