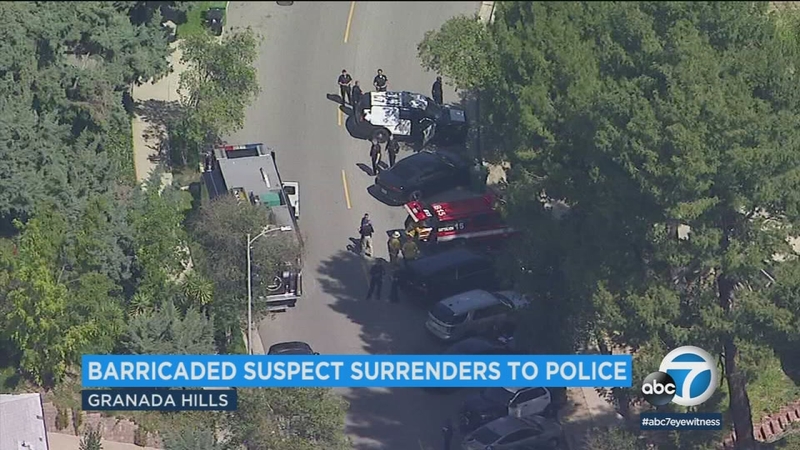 GRANADA HILLS, LOS ANGELES (KABC) -- A Los Angeles Police Department SWAT team on Friday morning was involved in an hourslong standoff in Granada Hills, where an assault suspect allegedly armed with a handgun was barricaded inside a home.

The incident began about 4 a.m. when a victim reported an assault with a deadly weapon in the 11800 block of Louise Avenue, according to the Los Angeles Police Department.

Neither a shooting nor any serious injuries were reported.

Hours after officers established a perimeter in the residential neighborhood, the SWAT team was summoned to the scene about 10 a.m.