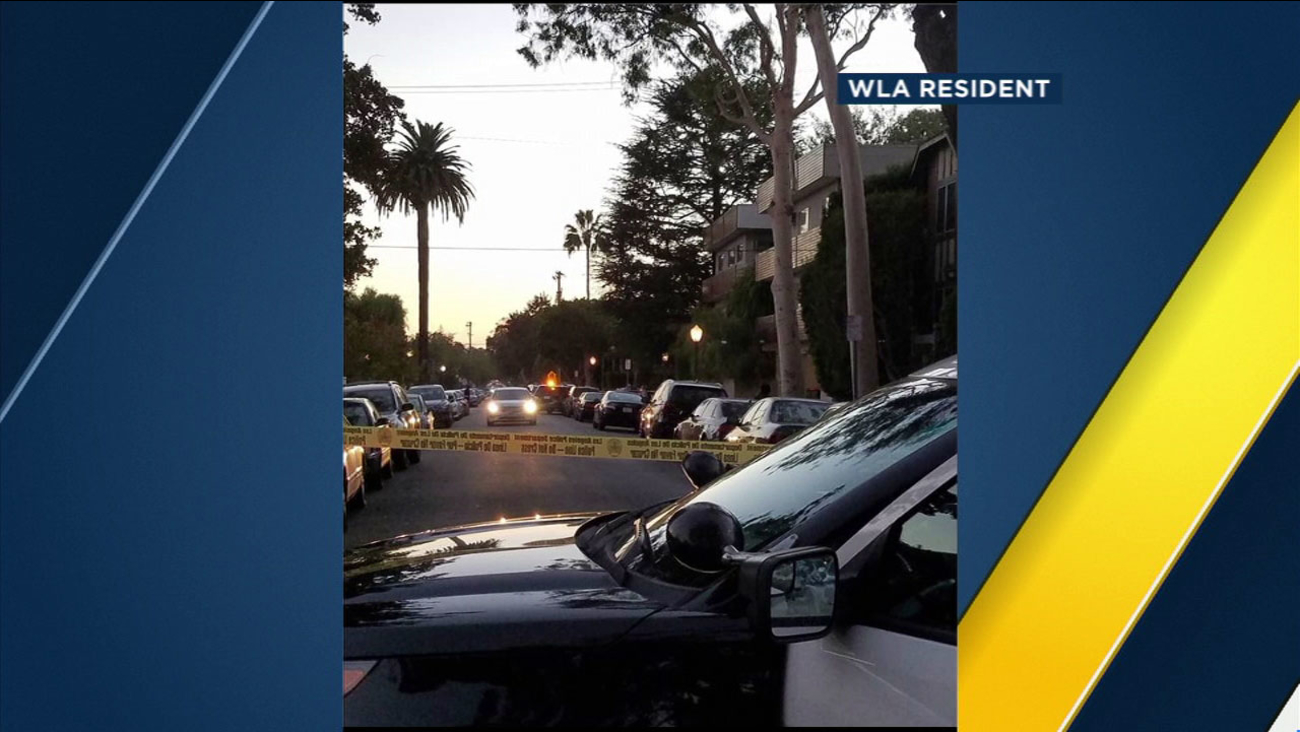 A West Los Angeles resident took a photo of cop cars surrounding an apartment building after reports of a naked man barricaded inside a home on Saturday, Oct. 1, 2016. (KABC)

WEST LOS ANGELES (KABC) -- Los Angeles police tried to persuade a man, who was allegedly naked, to peacefully surrender after he barricaded himself inside a West Los Angeles home.

Authorities received a call around 4:50 p.m. Saturday regarding a naked man walking around an apartment complex in the 1900 block of Pelham Avenue. Police said he may have mental issues.

Officers headed to that location when the man went inside a unit. Police attempted to make contact with the man, but he would not answer the door. Authorities said they tried to speak with him through a window, but at one point he pointed a weapon at them.

Authorities said it was unclear what the weapon was, but officers backed off and called a SWAT team to negotiate a peaceful surrender. It was later determined the man had not pointed a weapon at officers.

Surrounding apartment units were evacuated, but not the entire building, police said.