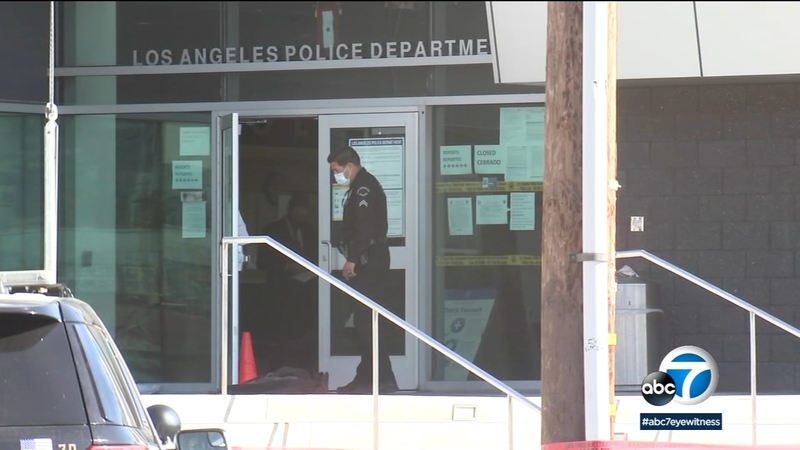 The shooting occurred near the intersection of Vermont Avenue and 11th Street around 2:20 p.m., according to LAPD.

The person was wounded by gunfire on the front steps of the Olympic Community Police Station and transported to California Hospital Medical Center to undergo surgery.

LAPD Sgt. Bruce Borihanh says the man, who is believed to be 36 years old, was outside the station's front doors. Due to the pandemic, the police station's doors are locked, but officers saw the man outside and went out to talk to him. The nature of the encounter and the words exchanged were not disclosed.

Borihanh added that officers noticed the man was armed with a handgun and put out a help call.

During the encounter, one officer shot the man once. The LAPD says the man is hospitalized in critical but stable condition.

No officers were injured. The shooting was the sixth by the LAPD in a week, more than the first eight weeks of the year.