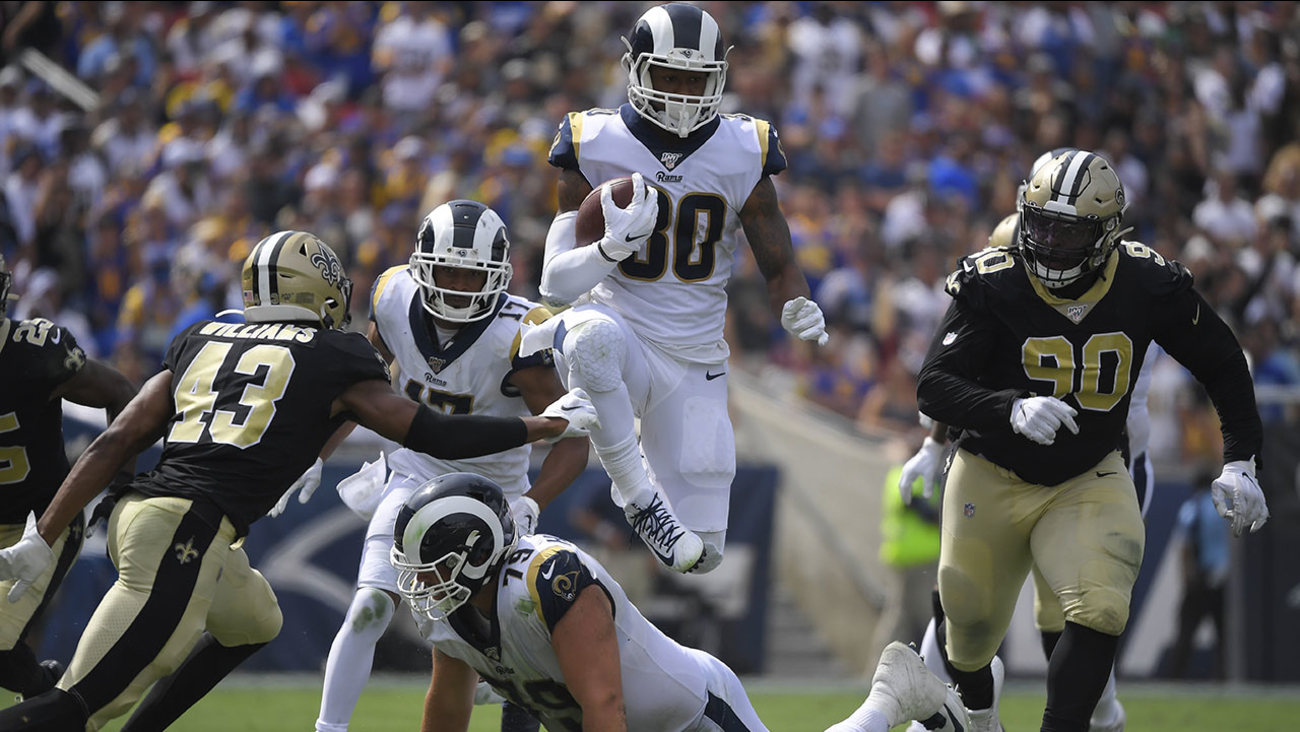 LOS ANGELES (KABC) -- Amid an early exit by Drew Brees and a questionable call by referees, the Rams easily took down the New Orleans Saints 27-9 on Sunday in Los Angeles.

The Saints quarterback left in the first quarter with an injury to his right thumb after bumping his hand into Aaron Donald's outstretched arms, leaving Teddy Bridgewater under center for New Orleans.

Not much later Donald himself exited the game with a back injury. But after a quick trip to the locker room, the two-time Defensive Player of the Year returned to the field late in the first half.

The Saints (1-1) were once again on the wrong end of a questionable call by the referees, bringing up shades of last year's NFC championship game in which a missed pass interference call likely sealed the win - and a trip to the Super Bowl - for the Rams.

This time it was late in the second quarter when Rams quarterback Jared Goff dropped back under pressure and fumbled as he was rushed by the Saints defense.

Saints defensive end Cameron Jordan picked it up and ran to the opposite end zone for what would have been an 89-yard touchdown.

But the referees blew the ball dead, saying it was an incomplete pass by Goff.

A review found it actually was a fumble. But since the ball was ruled dead during the play, the run itself didn't count and the Saints only got the turnover, not the score.

Bridgewater struggled to put points on the board, while the Rams (2-0) spread the wealth with touchdowns on a Todd Gurley 4-yard rush, a catch by Brandin Cooks and a 1-yard run by Jared Goff, along with two field goals from Greg Zuerlein.