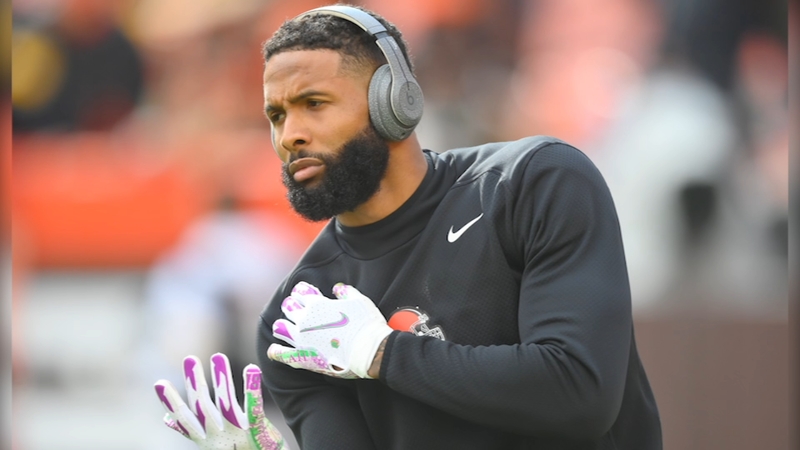 The Browns released Beckham on Monday midway through his third season in Cleveland. He cleared waivers Tuesday with no team willing to pick up the $7.25 million he was owed under his last contract, freeing the five-time 1,000-yard wideout to sign with any team.

The three-time Pro Bowl selection will play alongside NFL receiving leader Cooper Kupp - who has 74 catches for 1,019 yards and 10 TDs, all tops in the league - and starters Robert Woods (556 yards) and second-year pro Van Jefferson (443 yards). One of those three receivers is likely to see less playing time after Beckham joins the Rams, who have run offensive sets featuring three receivers almost exclusively this season.

The Rams (7-2) visit the San Francisco 49ers on Monday night before their bye week.

No word yet on whether Beckham will be ready to suit up for that Nov. 15 matchup. 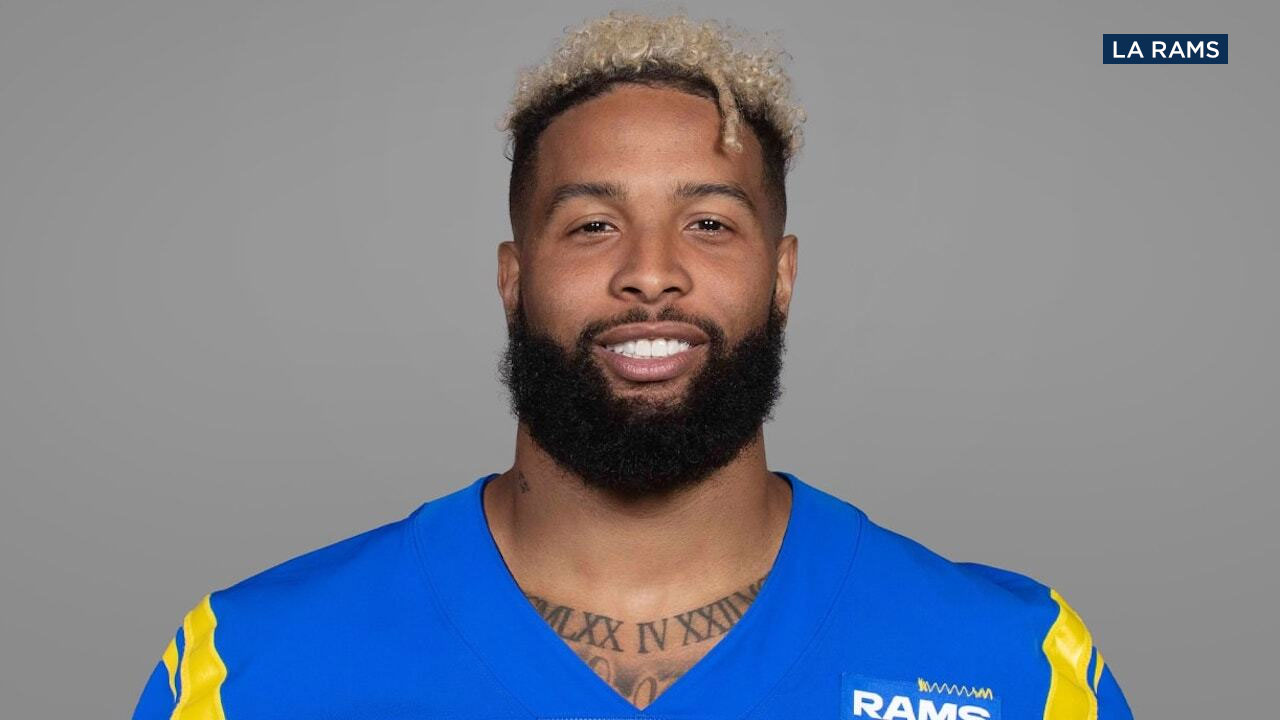 Odell Beckham Jr. is seen in a Los Angeles Rams uniform in an image released by the team on Thursday.

Beckham is the second veteran NFL star in the past two weeks to join the Rams, who never run out of ways to stay under the salary cap despite their lavish acquisition of high-profile talent.

Los Angeles traded for Von Miller last week, sending two high draft picks to Denver for the vaunted pass-rushing linebacker. The Rams' elite talent clearly was a draw for Beckham: Miller spoke to Beckham by phone shortly before the receiver's deal was announced.

The Rams also don't hesitate to add talent even to areas in which they're strong: Miller joined a defense that already leads the NFL in sacks, while Beckham is joining an offense that DeSean Jackson left two weeks ago because he couldn't get playing time in front of LA's three starters.

The Rams ardently chased Beckham in 2018 when he was traded to Cleveland, and McVay has spoken glowingly of Beckham's talents over the years. Beckham's speed and athleticism should provide a welcome option for the Rams, who are already back among the NFL's top offensive teams after a two-year lull.

Lakers star LeBron James welcomed Beckham on Twitter shortly before the deal was announced: "Welcome to LA my brother @obj! It's GO TIME!!"

Jalen Ramsey, the Rams' 2020 All-Pro defensive back, appeared to know what was happening earlier in the day when he retweeted his post from the day Miller agreed to join the Rams, with a new caption: "Just feeling this mood again."

The 29-year-old Beckham has the chance to revitalize his career with the Rams after his tenure in Cleveland never got rolling and eventually came to a fairly ugly finish.

After missing the end of last season with a knee injury, he had only 17 catches for 232 yards and zero touchdowns in six games this season. His father recently shared a video master cut of Browns quarterback Baker Mayfield not getting the ball to Beckham, essentially forcing the breakup with Cleveland.

Added another Pro Bowl talent to the mix. 😏

Browns safety John Johnson, who spent the past four seasons with the Rams, was on a Zoom call with Cleveland reporters when the news of Beckham's signing broke. Johnson wondered how OBJ will fit in LA.

"They had a good thing going, like a complete offense," Johnson said. "I don't know I just feel. Like, from being in LA, I know for a fact the offense runs through Cooper Kupp, even in the run game, the pass game, the screen game, it kind of runs through Cooper Kupp. So obviously, Odell's a big name and he's going to want that attention as well. It will be interesting.

"Coach McVay, he's one of the best doing it. He'll find a way to get it done, but right off the bat, I really wouldn't want to go there if I were him, but we'll see how it goes and I wish him the best."

The Rams have been remarkably successful at managing the egos and needs of their elite players, with McVay assuaging almost all public disenchantment with the organization. Ramsey was considered a potential locker room problem after he forced his way out of Jacksonville, but he has been a model citizen and a clear team leader in Los Angeles.

Beckham could be another challenge entirely for McVay and the Rams, but he could also embrace Los Angeles' winning culture after appearing in just one playoff game in his entire NFL career.

Beckham spent his first five NFL seasons with the New York Giants, but the receiver reached the postseason only in 2016.