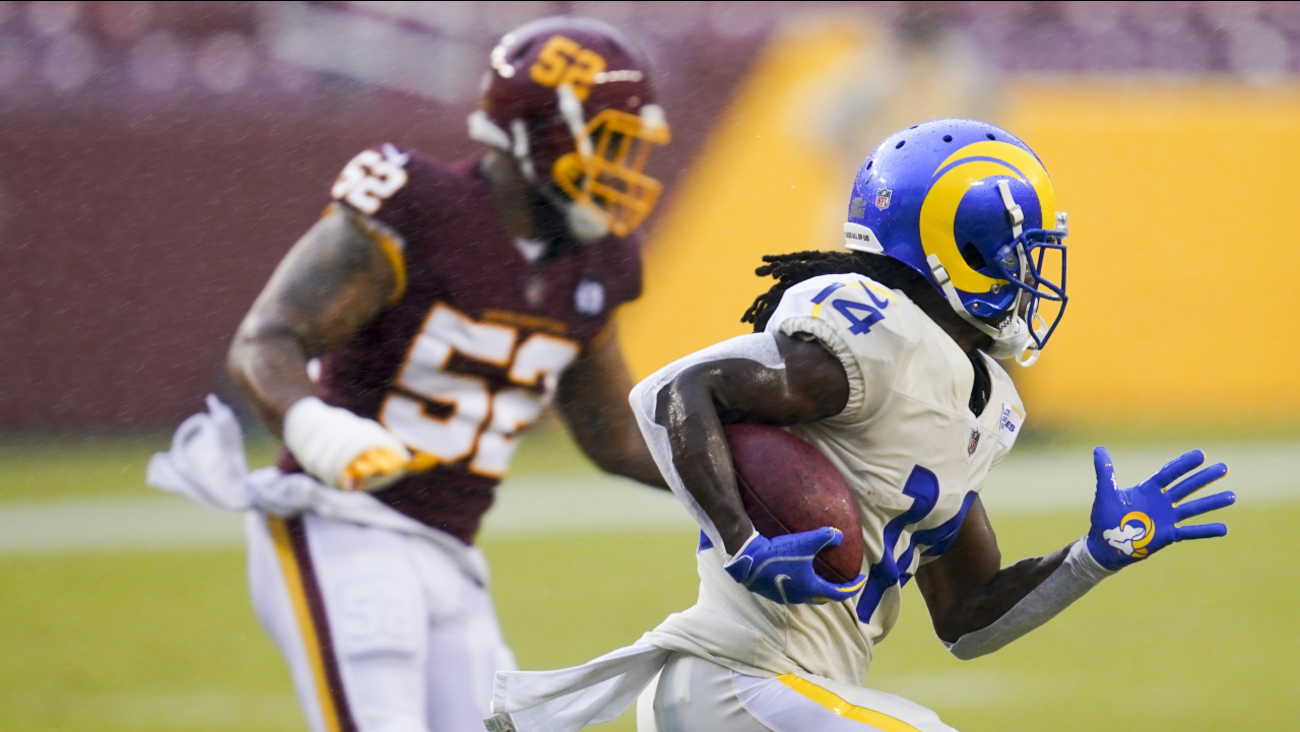 Jared Goff threw for 309 yards and two touchdowns and ran for another, and the Los Angeles Rams improved to 4-1 by beating Washington 30-10 on Sunday and completing a sweep of the NFC East.

Goff had a solid game, throwing an efficient 21-for-30 and 309 yards as well as throwing for two touchdowns, one which went to wide receiver wide Robert Woods for 56 yards.

The defense came up big for the Rams, recording eight sacks and only allowing 10 points.

Smith played his first NFL game 693 days since breaking his right tibia and fibula, entering when new Washington starting quarterback Kyle Allen injured his left arm. He was 9 of 17 for 37 yards on the same field he was carted off of on Nov. 18, 2018 before undergoing 17 surgeries to repair the injury.

"It's just spectacular to see him back on a football field," said former Washington QB Joe Thiesmann, who broke his right leg in similar fashion 33 years to the day before Smith was injured. "I'm so thrilled and excited for him."