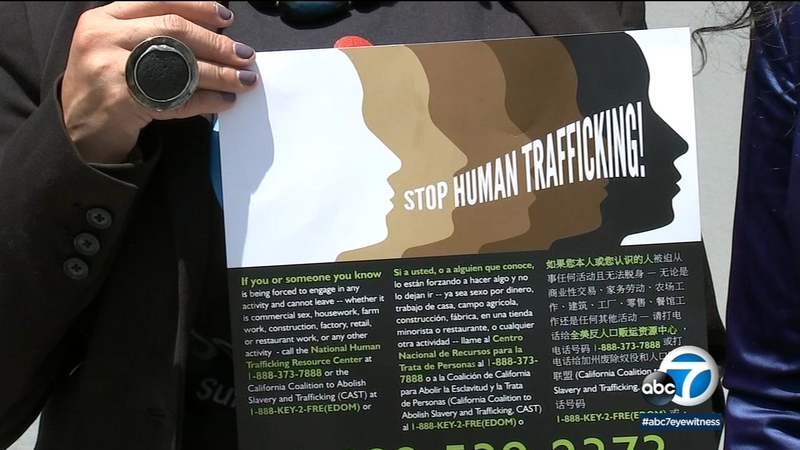 LOS ANGELES (KABC) -- Los Angeles city and county leaders are working to increase awareness about sex and labor trafficking in an effort to help victims.

Together, they are calling attention to an informational poster and cracking down on compliance for businesses failing to display them.

"The signs must become common place," says Dr. Stephany Powell, Executive Director of Journey Out, a non-profit focused on helping victims and survivors of sex trafficking.

The posters are associated with a senate bill requiring all hotels and motels in California to display them. Before the state law was passed, the posters had to be visible in other places like bars and bus stations.

"If we don't prioritize awareness in these locations, the problem will never go away," says Powell.

Lacey says some business owners given the posters haven't posted them.

"It's not optional, it's the law now and we expect you will follow the law if you operate an honest establishment," says Lacey.

The posters include numbers for two 24-hour hotlines, including the California Coalition to Abolish Slavery and Trafficking (CAST). The phone number is 1-888-KEY-2-FREE (539-2373).