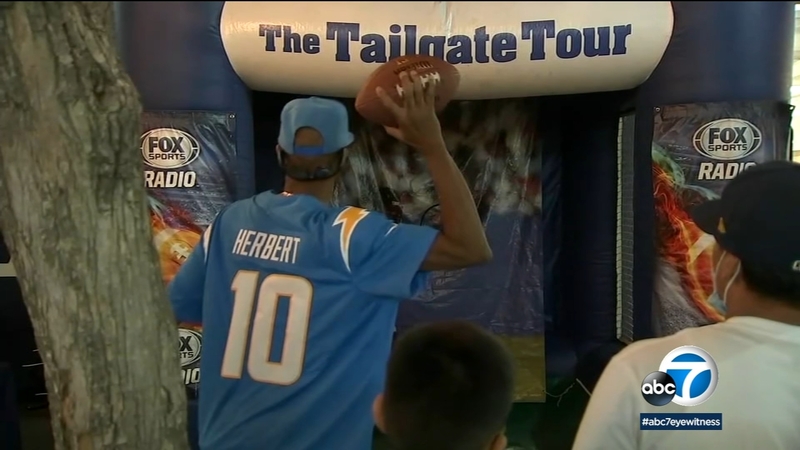 LOS ANGELES (KABC) -- It's been nearly three decades since Los Angeles has hosted a Super Bowl and the city is going all out.

In downtown L.A., thousands of excited football fans filled the streets around the Los Angeles Convention Center - many having fun attending the Super Bowl Experience.

Visitors from across the country showed support for their favorite team.

And on the west side, Rams faithful had one last tailgate before Super Bowl Sunday.

"Oh it's amazing. It's amazing. Got the family here just rocking out," said football fan Jovan Acree. "Just came from the experience. We love it."

A dazzling show in the skies above the L.A. Convention center turned into a real crowd-pleaser.

"I've never seen anything like it, it was magical actually," said Shakeya Acree.

Across Southern California, people are preparing to go to the big game at SoFi Stadium, and throw Super Bowl parties at home.

In Santa Monica, a portion of the promenade turned into what was called a "tailgate tour for fans."