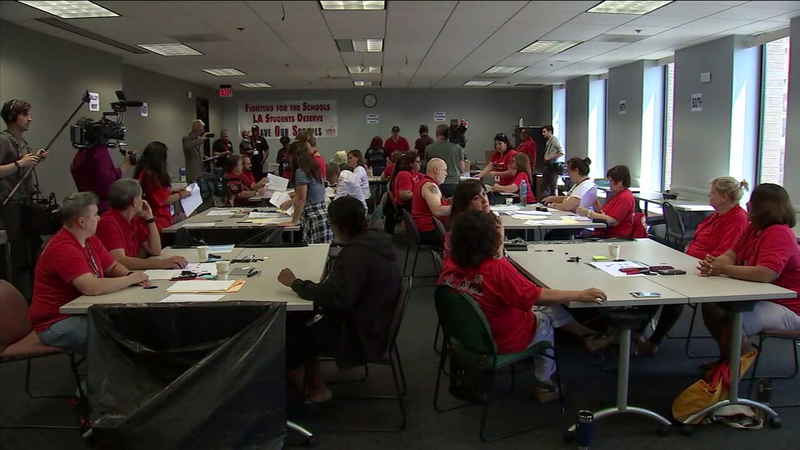 LOS ANGELES (KABC) -- Los Angeles teachers cast ballots Friday in favor of a strike authorization, a decision that could result in the first teachers strike in the district since 1989.

United Teachers Los Angeles officials said an overwhelming 98 percent voted to authorize a strike if needed. The vote does not necessarily mean a strike will happen, but gives union leadership the authority.

"After 17 months of bargaining with LAUSD, educators are frustrated and angry. We want a district that partners with us - not fights us - on critical issues like lower class sizes, fair pay, and bringing more staff to work with our students," Arlene Inouye, secretary of UTLA, said in a statement.

UTLA, a union representing about 33,000 members in the Los Angeles Unified School District, is demanding a 6.5 percent pay raise and reduced class sizes, among other things.

"Students and families will bear the brunt of a strike. We hope our shared responsibility to put students first will prevent a strike and lead to a common sense resolution that recognizes the hard work of our employees while addressing the safety and instructional needs of students and financial solvency of L.A. Unified," a statement from LAUSD said.