LOS ANGELES (KABC) -- Loyola Marymount University is offering a $20,000 reward to find the suspect who allegedly raped a female student during a Halloween party at an unofficial fraternity.

The incident took place at approximately 12:40 a.m. on Nov. 1 in the 8700 block of Yorktown Avenue at Sigma Alpha Epsilon, an off-campus fraternity that is not recognized or registered by the university, according to school officials.

The female victim was looking for a bathroom, when the male suspect directed her through a door that led to a garage. The suspect began kissing the victim and forced her to her knees before raping her, LAPD officials said.

The suspect was described as a white man in his early 20s, approximately 6 feet tall and 170 pounds with brown shoulder-length hair. He was last seen wearing a white top hat, a white shirt and dark pants.

It remains unknown if the suspect attends the university or if he was one of a number of visitors at the fraternity.

The investigation is ongoing. Anyone with further information was urged to contact the LAPD Operations West Bureau, Sex Crimes Unit at (213) 473-0447 or the LMU Department of Public Safety at (310) 338-2893. 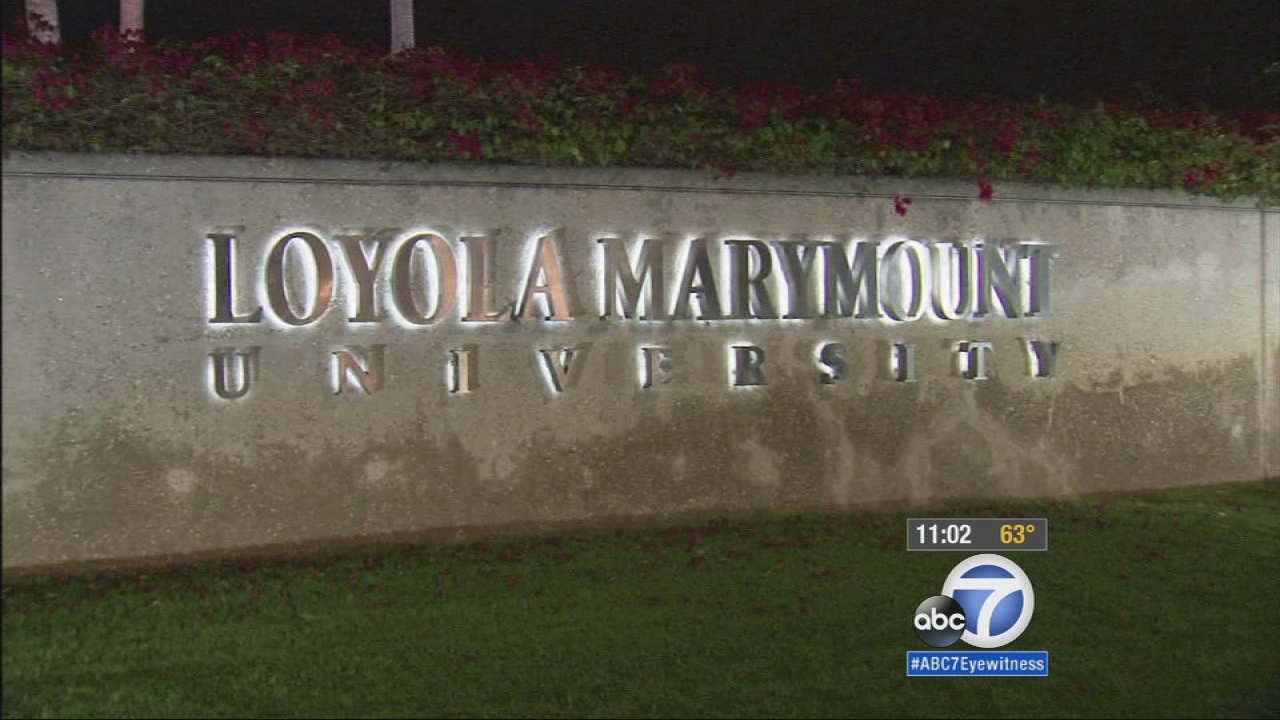