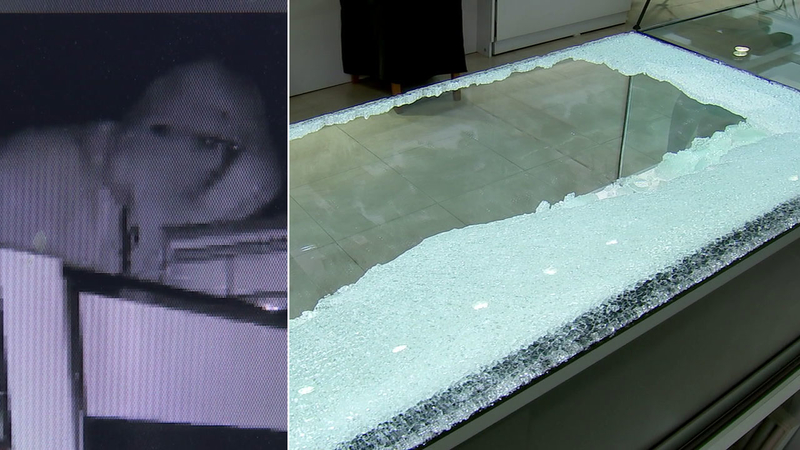 Three hooded burglars smashed through glass cases with sledgehammers, grabbing everything they could from Lozano's Jewelry on Oct. 31.

Owner Armando Lozano got to his store moments after the heist, which happened around 1 a.m. He said the damage was stunning.

"There was glass everywhere, all over the floor. These guys have no idea the damage they did to not just me, but to the people that work with me, my friends," he said.

In all, six cases were destroyed and thousands of dollars in watches, rings, bracelets and necklaces were stolen. An angle on surveillance footage shows one of the thieves' faces. He appears to be wearing glasses although half of his face is covered.

"These guys have no remorse. They have no idea what we go through. All the pain and suffering they're doing to people as they do something like this," Lozano said.

The thieves were in and out of the store within minutes. The security video captured a shot of the getaway car, which appeared to be an SUV or minivan. Lozano and police hope someone will recognize the vehicle and come forward.

"I can't let people like this bring me down. It just makes me stronger, and that's what the bottom line is. You just get stronger and move forward and give them as little attention as I can, but find ways to stop them," he said.