Luke Perry death: A look back at his career from '90210' to 'Riverdale' to upcoming Quentin Tarantino film 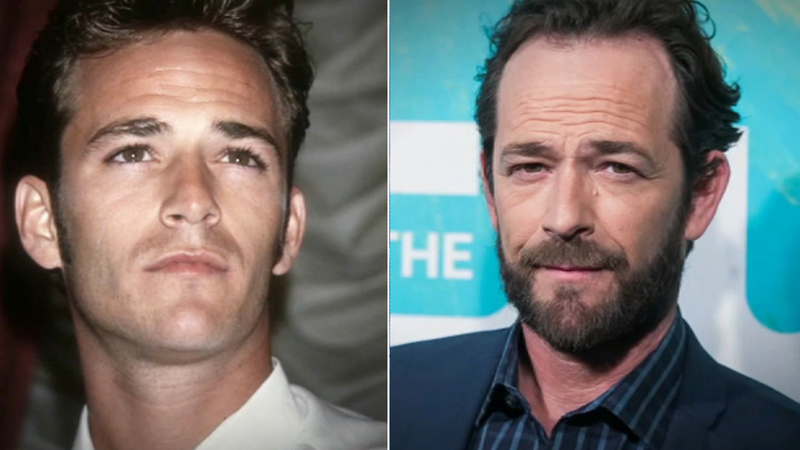 Luke Perry through the years

LOS ANGELES -- Luke Perry passed away at age 52, his publicist announced on Monday, after he suffered a massive stroke last week.

The actor, whose career spanned more than three decades, was known as different characters by fans of different generations.

Here's a look back at some of his notable roles.

Perry got his start on long-running soap operas. His first credited role was on the ABC show Loving. He also appeared on several episodes of Another World in the late '80s.

It was soon after that that Perry scored one of his most famous roles.
90210 and the 1990s

Beverly Hills, 90210 premiered in October 1990 and ran until May 2000. Throughout the decade, Perry played wealthy rebel Dylan McKay, a heartthrob of the show's fans.

The show is currently planning a reboot, but Perry has not been announced as part of the cast.

Throughout the 1990s, Perry had plenty of other gigs outside of 90210. He starred in the 1990 film Terminal Bliss, and he played Pike in 1992's Buffy the Vampire Slayer, though he did not appear in the later TV series of the same name.

He played bull rider Lane Frost in 8 Seconds, a 1994 bio-pic of Frost. In 1997, he played Billy in sci-fi adventure The Fifth Element

He also continued with other television work, especially in animated action series. He voiced Sub-Zero in the mid-90s series Mortal Kombat: Defenders of the Realm, and he voiced Rick Jones in the late '90s series The Incredible Hulk.

Moving on from Dylan McKay

Soon after 90210 ended, Perry made his way to the Great White Way. In 2001, he played the role of Brad Majors in a Broadway revival of the cult-classic musical Rocky Horror Picture Show. He also starred in a 2004 stage production of When Harry Met Sally on London's West End.

Perry also continued to work in film and television over the next decade and a half, appearing on series such as Ties That Bind and Body of Proof.

The actor found new popularity, this time with a different generation on the show Riverdale, the CW series that gives a dark take on Archie comics.

He played construction company owner Fred Andrews, father of main character Archie Andrews. Perry had been on the show for each of its three seasons so far.

Among his other recent projects was Once Upon a Time in Hollywood, a Quentin Tarantino film set to be released in July.