Luke Walton has sexual assault case against him dropped by accuser 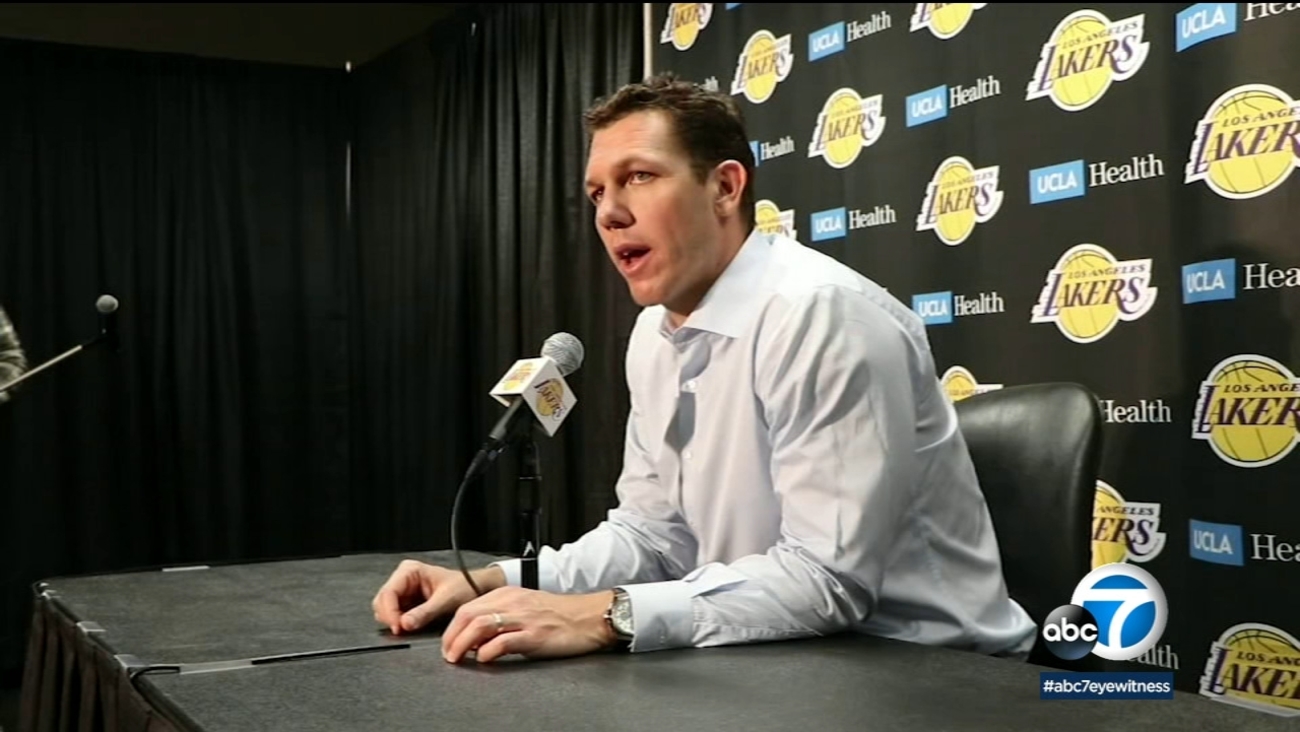 This is an undated photo of former Lakers coach Luke Walton.

LOS ANGELES (KABC) -- Former Lakers coach Luke Walton has had a sexual assault case against him dropped by the accuser.

Plaintiff and sports broadcaster Kelli Tennant had submitted a complaint against Walton for damages including sexual battery, gender violence, violation of the Ralph Act and sexual assault.

"I can confirm we received the dismissal and it's nice to see that it was voluntarily and permanently dismissed by the claimant," Walton's attorney, Mark D. Baute said in a statement.

Tennant accused Walton of forcibly groping her and kissing her while he was working as the Golden State Warriors' assistant coach.