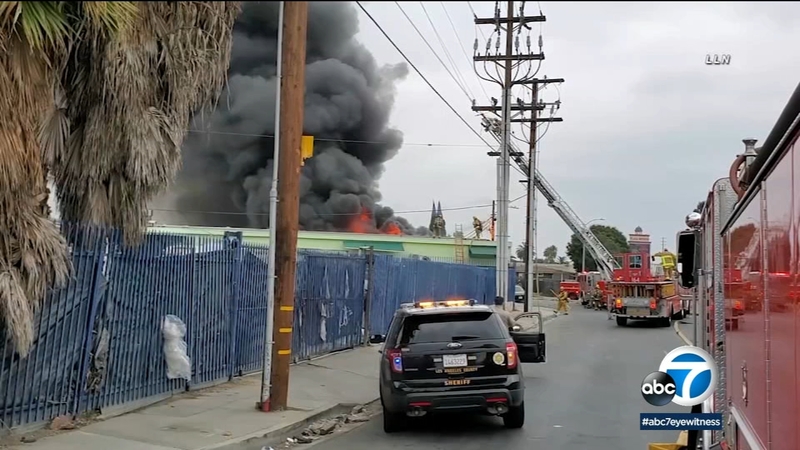 LYNWOOD, Calif. (KABC) -- A three-alarm fire erupted Sunday afternoon at an auto body shop in Lynwood, prompting a massive response from firefighters and generating a column of thick black smoke that was visible for miles.

The blaze was reported before 1:30 p.m. at a commercial structure in the 2900 block of East Imperial Highway, according to the Los Angeles County Fire Department.

No injuries were immediately reported, and it was unclear if the auto shop was open for business when the fire began.

A three-alarm fire erupted at an auto body shop in Lynwood, prompting a massive response from firefighters.

News video from the scene showed firefighters dousing massive flames with water and working to protect nearby buildings.

"Knockdown of the fire is expected soon," the Fire Department tweeted shortly after 2 p.m.