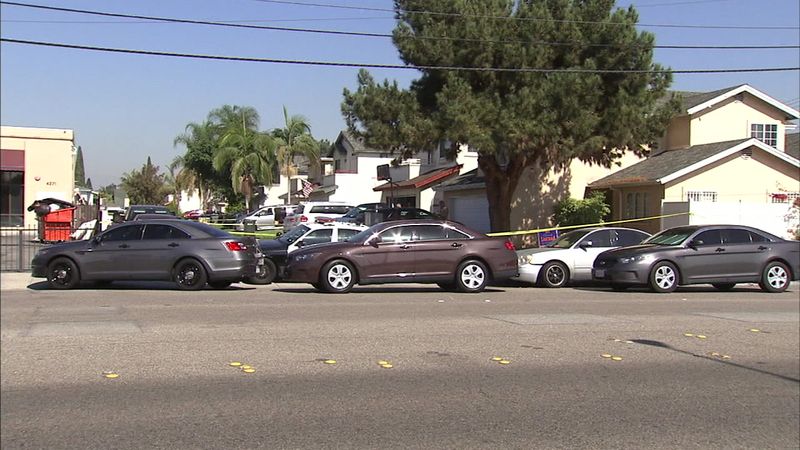 LYNWOOD, Calif. (KABC) -- An investigation is underway in Lynwood, where a woman was found stabbed to death and a man was found shot to death on Friday.

Homicide detectives with the Los Angeles County Sheriff's Department responded to the 4200 block of Carlin Avenue shortly before 9 a.m. and found the victims, both in their 40s, dead at the scene.

The incident is being investigated as an apparent murder-suicide. Authorities believe the woman was stabbed to death by her husband before he took his own life.

Investigators say the couple had two children: a 12-year-old boy and an 11-year-old girl. They believe it was one or both who called a family member saying something was wrong.