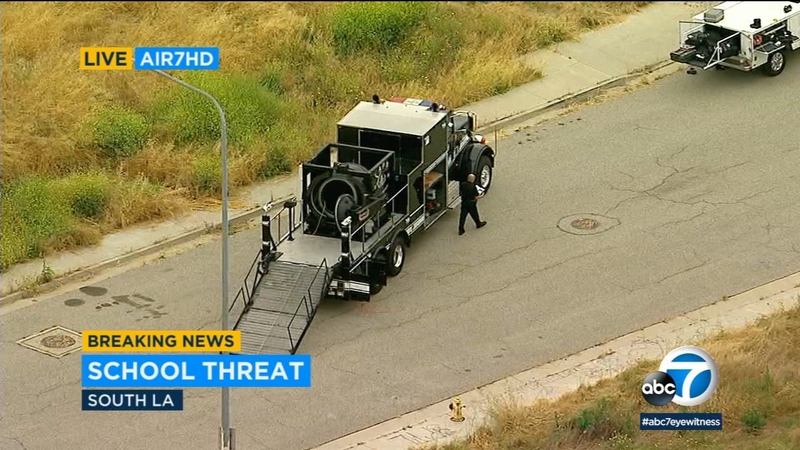 SOUTH LOS ANGELES (KABC) -- A report of bombs being detonated near a South Los Angeles school turned out to be several large, powerful firecrackers being set off nearby, police said Monday.

Authorities found a couple of M-80 firecrackers, which AIR7 HD's Scott Reiff said may have been put in a device used to detonate explosives as a precaution.

Clovis Avenue was shut down while police investigated.