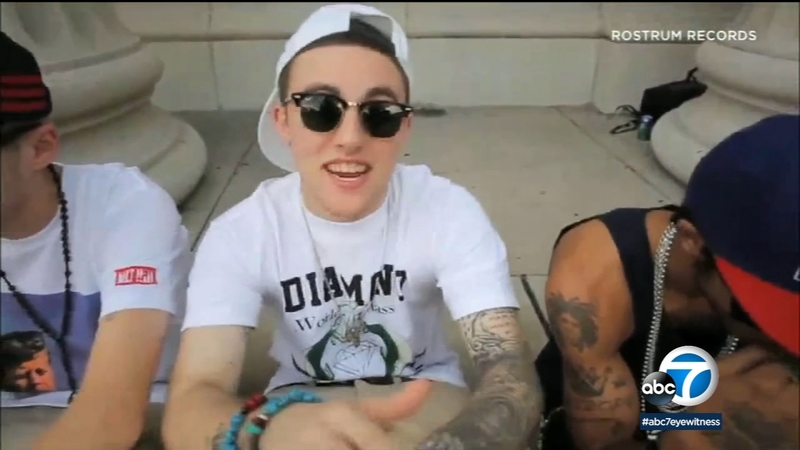 A grand jury indictment that was unsealed in Los Angeles accuses the men of conspiring and distributing cocaine and oxycodone pills laced with fentanyl that caused Miller's death in September 2018.

All have been arrested in recent weeks and remain in custody.

Last month, federal prosecutors announced charges against Pettit following a criminal complaint filed Aug. 30 that charges him with one count of distribution of a controlled substance.

According to the affidavit, Pettit and others distributed narcotics to Miller, whose real name was Malcolm James McCormick. Prosecutors say Pettit sold 30 milligram oxycodone pills, as well as cocaine and Xanax, to McCormick on Sept. 5, 2018. Instead of supplying "genuine" oxycodone, investigators say Pettit sold McCormick counterfeit oxycodone pills that contained fentanyl - a powerful synthetic opioid that is 50 times more potent than heroin.

McCormick was found unresponsive Sept. 7, 2018 at his home in the 11600 block of Valleycrest Drive. He was pronounced dead at the scene by emergency responders.

The men face a mandatory minimum sentence of 20 years in federal prison and the potential for life without parole if convicted of either of the charges related to Miller's death.

Pettit and Walter, who was also charged with being a felon in possession of ammunition, were scheduled to be arraigned on the new charges on Oct. 10. Reavis, who was arrested last week in Arizona, does not have an arraignment date set yet.

The indictment alleges the men continued to distribute drugs through August 2019.