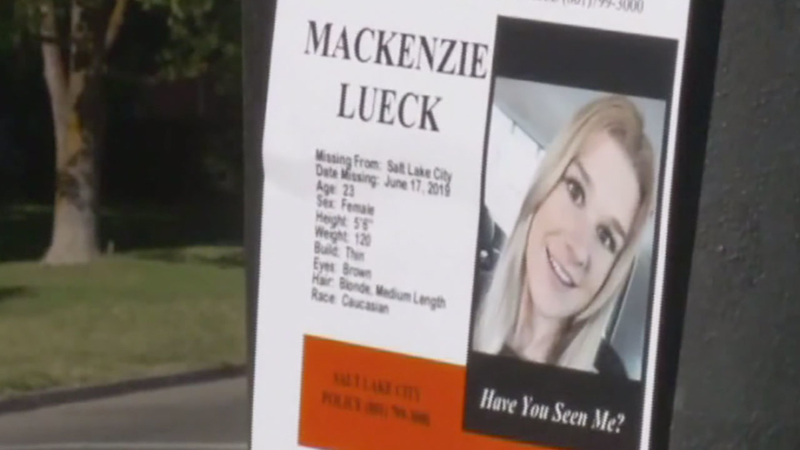 SALT LAKE CITY -- Friends and family members are asking for the public's help to find a Utah college student who hasn't been heard from since taking a ride-share home from the airport last week.

MacKenzie Lueck, 23, flew from Los Angeles International Airport to Salt Lake City International Airport late Sunday after attending her grandmother's funeral in California, KSTU reported. She texted her parents around 1 a.m. June 17 to let them know that her flight had landed in Utah and then hailed a ride to an address in North Salt Lake through Lyft.

Police said Lueck was last seen at that address early Monday. It's not immediately clear if that North Salt Lake address was her home or another destination.

In a statement, Lyft told KSTU that Lueck's ride "contained no irregularities and ended at the destination entered by the rider," adding that the driver continued to pick up other passengers that evening.

"We recognize how scary this must be for those who know and love Ms. Lueck. The safety of our community is fundamental to Lyft and we are actively assisting law enforcement with their investigation," Lyft added.

Salt Lake City police confirmed that both Lyft and the driver were cooperating with their investigation. Investigators said they have "not discovered any information that would lead us to believe that MacKenzie has been harmed or is in danger at this time" but added that detectives "are concerned for MacKenzie's welfare."

Family members said Lueck's car had not been moved and her phone appeared to be off. They said it was "uncharacteristic" for her to skip work and classes and miss a mid-term exam.