Made in America: Most dub concert a success, some call it inconvenient 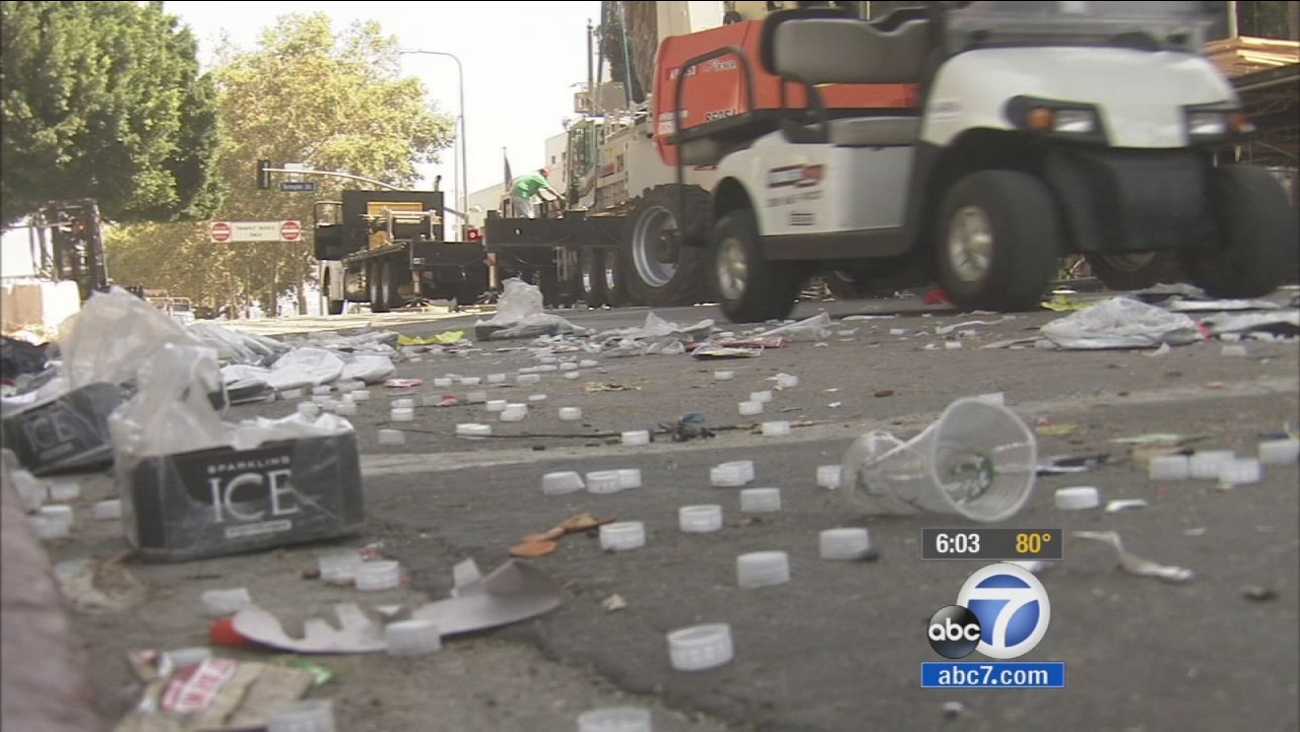 Trash left behind from the Made in America festival in downtown Los Angeles is seen Monday, Sept. 1, 2014. (KABC)

DOWNTOWN LOS ANGELES (KABC) -- Transforming a city park into a world-class music venue is no small task. Turning it back into a park isn't easy, either.

Monday, more than 400 workers were busy tearing down the massive stages that were built for the Made in America music festival. Others were busy cleaning up the debris left behind from the two-day event that attracted an estimated 70,000 concert goers to downtown L.A.'s Grand Park.

Miguel Medina paid $200 for tickets to the festival that featured acts like Kanye West and John Mayer.

"I loved it. They should do it more often, definitely," he said.

Other downtown residents were impressed with the way the city and concert promoters handled the event's many logistical challenges.

Mayor Eric Garcetti pushed hard to bring the festival to L.A. He said his administration is focused on attracting more of these kinds of events.

"L.A. can celebrate that we are the music capital of the world and that we don't have to travel to other places to see great music in our backyard," he said.

While certainly thousands had a good time at the concert, others said the many inconveniences, including the road closures, outweigh the benefits.

"I had to go two, three blocks out of my way every day. Even today now that they have things down, all of the streets are empty and they're not letting us walk through them," said Ted Solomakos.

For others, the economic impact on downtown is too good to ignore. Garcetti said the concert contributed $12 million to the local economy. Concert promoter Live Nation paid the city $500,000 to cover the costs of police. The company also paid the county $600,000 for the use of Grand Park, which is only two years old.

There were more than 80 arrests over the weekend, mostly for alcohol and traffic violations. But otherwise, planners said it went smoothly. As for Grand Park, it reopens to the public Tuesday.