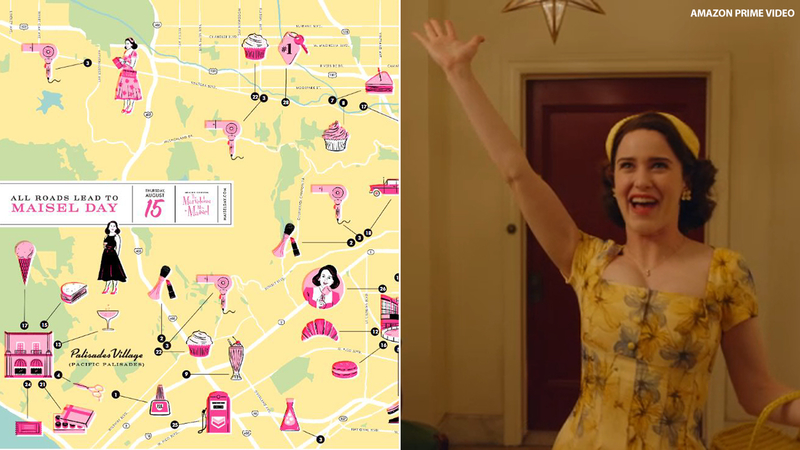 WEST HOLLYWOOD, Calif. (KABC) -- Dozens of business across the Southland are offering vintage prices from the 1950s in celebration of "Maisel Day."

Iconic establishments are offering marvelous deals on goods and services to celebrate "The Marvelous Mrs. Maisel." The markdowns are part of Amazon's Emmy promotion for the hit show, which is up for 20 nominations. Voting started Thursday.

30-cent gasoline at a Chevron station in Santa Monica caused major backups at the pumps and long lines spilling into the street. The gas station, located at 1819 Cloverfield Blvd., was temporarily shut down after droves of drivers raced in for the discounted fuel. Santa Monica police were called to direct traffic, and the station was reopened by mid-morning. Gas is available for the marked down price for up to 20 gallons.

In honor of the show's 1959 setting, the prices at Mel's Diner reflected its mid-century interior - which includes authentic vintage seating, table jukeboxes and decades-old photographs. A burger with fries runs 50 cents, while milkshakes and a slice of pie cost 30 cents.

A patron at Mel's said he plans to take advantage of as many deals as possible.

"It's amazing. I'm getting ready to go over to the Roosevelt Hotel to book a room for $40, I mean it's unbelievable," Justin Frerichs said.

Here's are some of the other deals hitting the Los Angeles area on Aug. 15: