Hooked Mako shark jumping out of water caught on camera 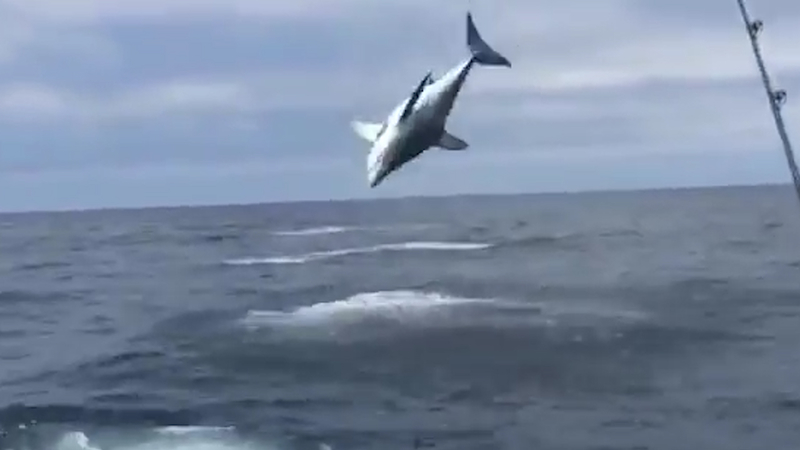 Hooked mako shark jumps out of the water

You've probably never seen shark footage quite like this.

Fly fishing Captain Mark Martin recorded video of his fishing group hooking a mako shark, and it subsequently breaching out of the water as it tried to free itself of the hook.

"Words can't describe what it is like to see Mako sharks of this size come out of the water like they do," Mark Martin wrote on Facebook.

The shortfin mako is classified as Vulnerable by the International Union for Conservation of Nature.