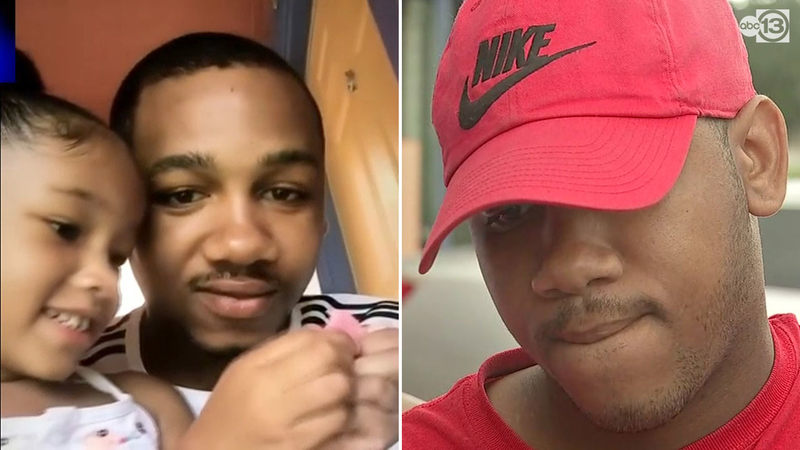 HOUSTON -- The biological father of missing 4-year-old Maleah Davis wants the child's stepdad to speak to him about what happened when the girl disappeared.

On Tuesday, speaking for the first time since his daughter's disappearance over the weekend, Craig Davis told KABC's sister station ABC13 Eyewitness News that he hasn't gone public because he's unsure of how he would react while his child is still missing.

"I haven't spoken to the public because I can't talk about my daughter. I can't control my emotions. I can't predict myself. I break down and I cry," he said.

Beyond eagerly awaiting the fate of his child, Davis expressed his desire to speak with the girl's stepfather Darion Vence, who told authorities that he had been jumped on the side of the road Friday night on the way to Bush Intercontinental Airport to pick up Maleah's mom.

According to police, Vence had Maleah and his 1-year-old son with him when he was beaten unconscious. When he regained consciousness, he wound up on the side of Highway 6 near First Colony Mall the next day with only his son and Maleah missing.

Meanwhile, police say Maleah's mother was waiting for Vence at the airport and did not report the family missing to police until Saturday morning after not hearing from him.

They say she ultimately got another family member to pick her up.

By the time Vence got to Houston Methodist Sugar Land Hospital to receive treatment for his injuries, it was 11 p.m. He then reported Maleah missing.

An Amber Alert was issued for the girl Sunday morning.

Maleah's dad describes her as strong and determined, especially after going through three head surgeries at just 4 years old.

"Even in pain, even in her injury, my daughter went through everything she went through and it did not change anything about her," he said.

Crews and volunteers moved the focus of the search to southwest Houston after combing an area of the northeast side earlier in the day.