Brush fire breaks out in Malibu 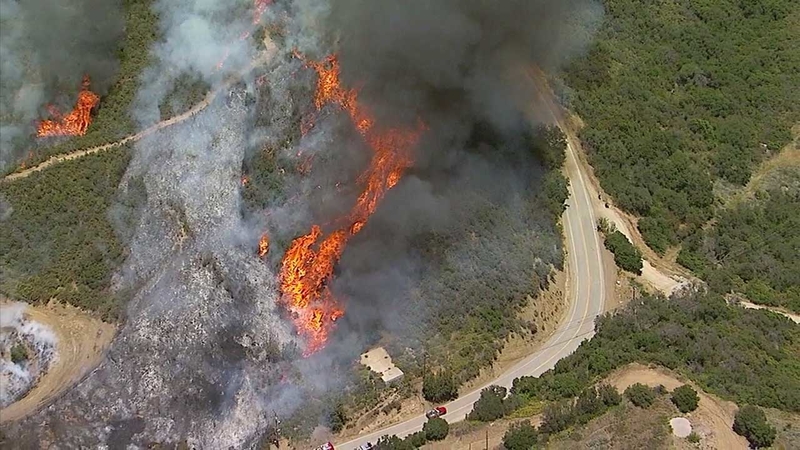 Brush fire breaks out in Malibu

Flames and smoke were visible for miles as the second-alarm blaze charred surrounding brush and greenery uphill near the 31300 block of Mulholland Highway.

As of around 1 p.m., the blaze had burned approximately 7 acres, fire officials said. It was not known if the threatened structures were homes.

By 2 p.m., the fire appeared to be mostly contained. Firefighters had made several water drops and were working to put out hot spots by the later afternoon.

Richard Lincon, an inspector with L.A. County Fire, said the blaze was about 25 percent contained, with 200 firefighters working on the blaze and they will be working throughout the night to make sure it's out.

Los Angeles County Fire Department crews were seen dousing the flames from the air and the ground.

Kanan Dume Road was shut down in both directions at Mulholland Highway due to the firefight.