Man plunges to his death from helicopter in Malibu 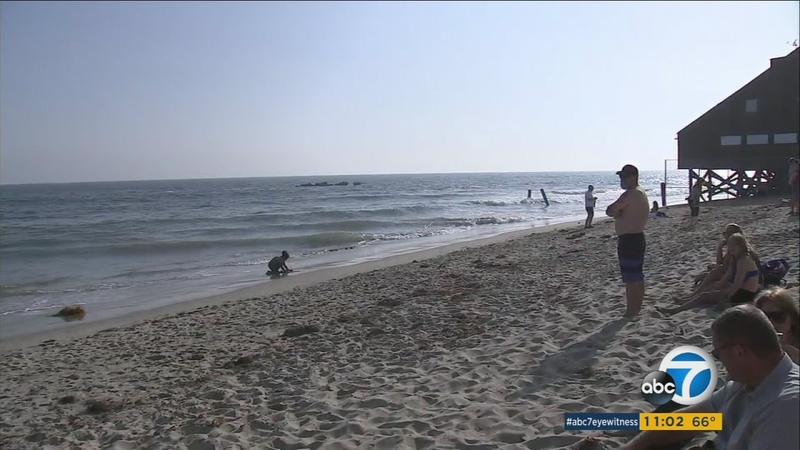 Man plunges to his death from helicopter in Malibu

MALIBU, Calif. (KABC) -- A man died after jumping from a private helicopter into Malibu waters on Saturday, authorities said.

The incident happened around 1:20 p.m. near the 23000 block of Pacific Coast Highway.

The Federal Aviation Administration said the pilot of a Robinson R22 chopper reported that a passenger jumped from the aircraft about a mile from the Malibu pier.

A lifeguard who has been on the job for decades said he paddled out to rescue the elderly man, but the victim did not have a pulse. The man was taken to the pier, where he was pronounced dead by paramedics, officials said.

Malibu Councilman Jefferson Wagner said he spoke with investigators who also told him that the man had leapt out of the chopper.

Wagner said the helicopter was leased from Hawthorne Airport and the pilot then landed in Santa Monica to report what had happened.

Surfers and beachgoers noticed a helicopter that had been circling and hovering for several minutes, making them realize that wasn't typical behavior.

"Right as we got out, there was a lifeguard truck that was zooming right to the top at third point and then they deployed the surfboards and were able to paddle out to this person," witness Chris Finck said.

Anyone with more information was urged to call the Los Angeles County Sheriff's Department homicide bureau at (323) 890-5500. Those wishing to remain anonymous may contact Crime Stoppers at (800) 222-8477.