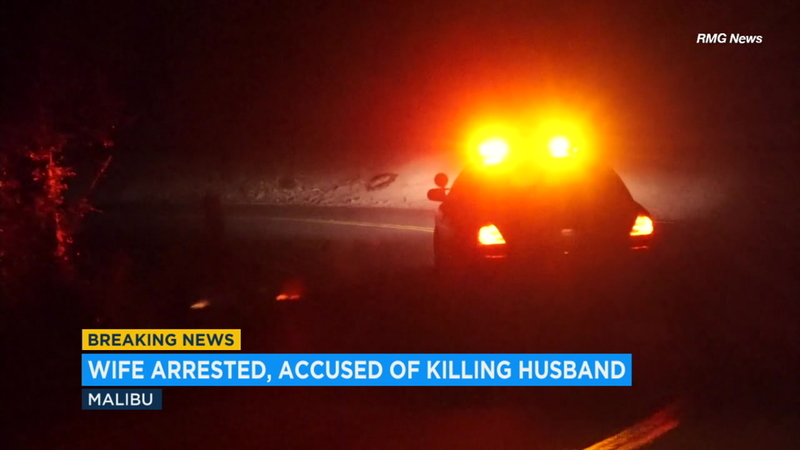 MALIBU, Calif. (KABC) -- A 76-year-old woman was arrested in the killing of her 75-year-old husband after he was found shot to death in a Malibu home, Los Angeles County sheriff's officials said Thursday.

Deputies responded to a home in the 500 block of Westlake Boulevard at about 10:30 p.m. Wednesday regarding a call of a gunshot victim. When deputies arrived, they found the man shot to death, officials said.

An investigation led to the arrest of the woman, identified as Patricia Farran, 76. The deceased victim was identified as her husband, Arnold Farran, 75.

Sheriff's officials said a weapon was recovered at the scene, and detectives were working to find the motive for the shooting.

Patricia Farran was booked on suspicion of murder and was being held in lieu of $2 million bail.