Some Malibu businesses not thrilled about plastic straw ban 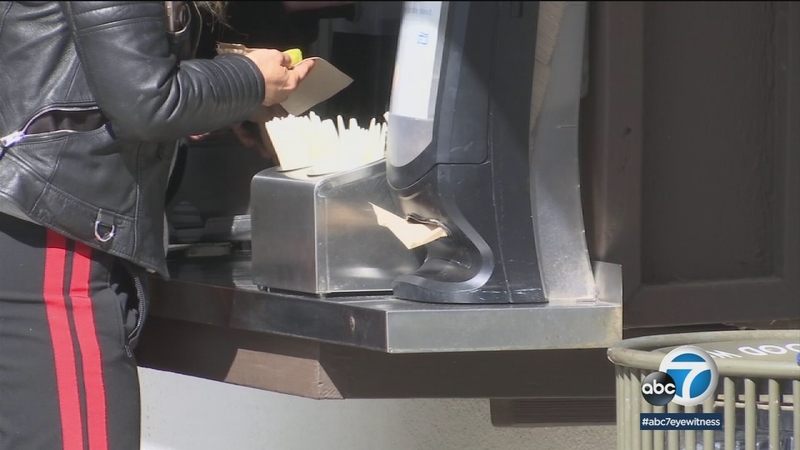 Some Malibu businesses not thrilled about plastic straw ban

MALIBU, Calif. (KABC) -- Whether you're picking up food for a trip to the beach or grabbing a bite at a Malibu eatery, chances are you're using plastic utensils. For your drink, a plastic straw. But that will change June 1.

"You find these straws in the ocean, and they never go away, and they break into little pieces, and they're all over the ocean and they're in the animal life there," said Malibu City Councilmember Laura Rosenthal.

That's why the Malibu City Council passed an ordinance banning the sale and distribution of plastic utensils, straws and stirrers. It's part of an effort by the city to be a leader in environmental protections after banning plastic bags nearly 10 years ago.

"I think people that have businesses in Malibu, they understand that we have certain regulations and we're probably going to add more for the environment. It's a coastal community," said Rosenthal.

But some businesses aren't thrilled about the change. Khalil Rafati's smoothie shop Sunlife Organics currently distributes plastic straws. "I have my team looking into bamboo straws. Cardboard straws. They're gross, it feels weird on the mouth. Very uncomfortable. They also start to break down and they start to swell and it's not a good alternative," said Rafati.

There's also a concern about price. Even the city agrees that bamboo, paper or wooden items will be more expensive than plastic.

"In today's environment, it's insane that we're even having this conversation that our government is going to ban plastic utensils, yet our government can't ban assault rifles," said Rafati.

Bill Miller, who owns the Malibu Kitchen, says he'll find a way to make it work. "It's such a good move. It makes all of us feel just a little bit better," said Miller.