Man rescued after vehicle falls 250 feet down cliffside in Malibu 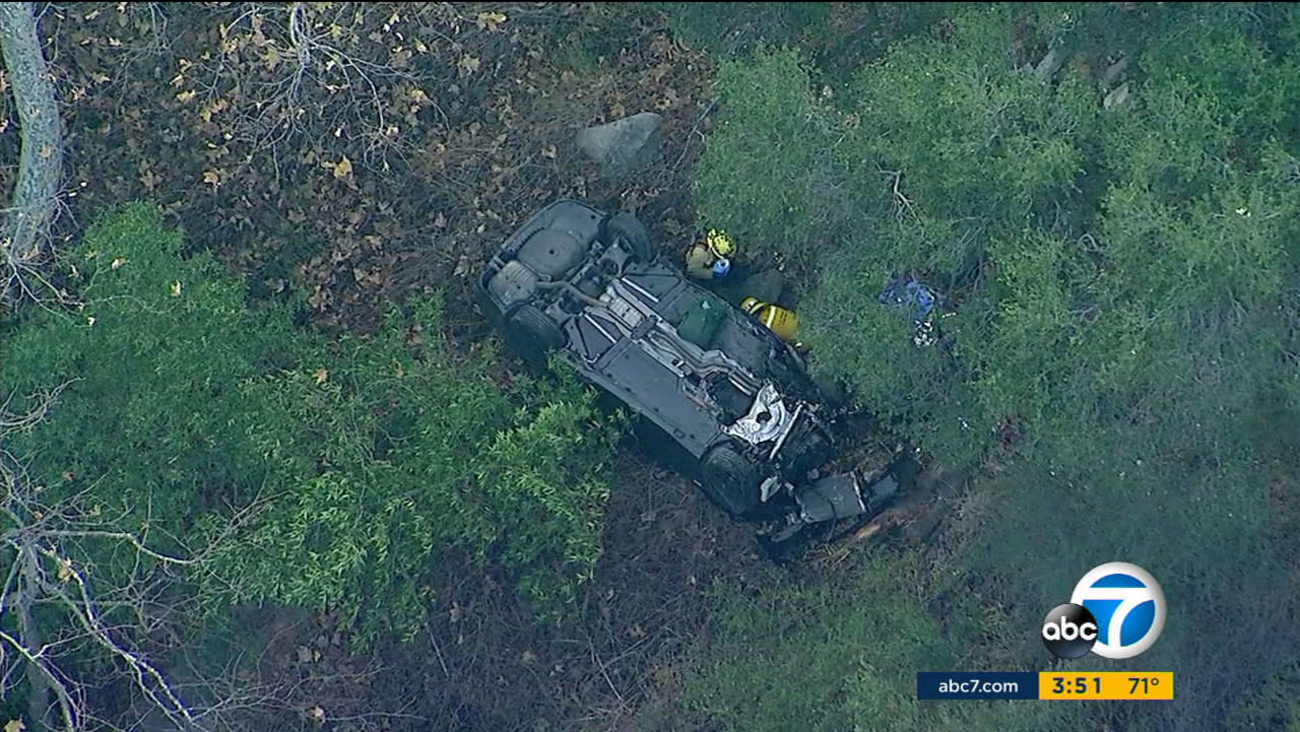 Firefighters responded to a scene where a vehicle went over the side of Malibu Canyon Road and a person was believed to be trapped inside.

MALIBU, Calif. (KABC) -- Firefighters rescued a man after his vehicle fell 250 feet down a cliffside near a ravine in Malibu.

Authorities responded to an area of Malibu Canyon Road near a tunnel on reports of a vehicle over the side of the cliff around 3:20 p.m.

When rescue crews arrived, they found a black vehicle upside down about 250 below the road. Firefighters quickly descended down the hillside and worked to pull the driver out of the vehicle.

Large boulders surrounding the car caused a bit of a problem for rescuers to get the door open and remove the driver.

But after a short time, rescuers removed the man, placed him on a gurney and did a quick evaluation as he was secured to the gurney for a helicopter transport.

The man's condition was unknown, but he was taken to a nearby trauma center.